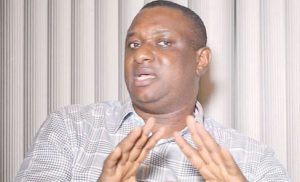 It also urged the Minister of State to work towards the resuscitation of the moribund sea ports and other companies.

The statement explained that the call was necessitated by the urgent need to stop the alleged plan of relocating the commercial and accounts departments from Ekpan in Uvwie Local Government Area to the Lagos branch of the company by some interest groups in the company as widely published in the media recently.

The statement noted that the said departments are the nucleus of NGMC and therefore warns that if they are relocated to Lagos or elsewhere, it would adversely affect the economic life of the host communities.

It pointed out that It would further worsen the prevailing poor economic situation in Warri and its environs caused by the relocation of major oil companies from the area in the mid nineties.
The statement maintained that NGMC is the only company in the area that has been providing succour to the people economically.

“NGMC has been operating peacefully and recording huge net profits over the years in Ekpan, Delta State. So there is no cogent reason for the relocation of the commercial and accounts departments to the Lagos branch of the company”

The statement therefore urged the new minister of state, Niger Delta to use his good offices to stop the alleged plan to relocate the commercial and accounts departments from NGMC, Ekpan to the Lagos branch of the company.

The group which recalled that the Vice President of the Federal Republic of Nigeria Yemi Osinbajo had sometime last year directed that all oil companies should relocate their headquarters to their host communities, noted that the Niger Delta Region is the proverbial hen that lays the golden eggs in the Nigerian economy “and yet there is nothing to show for it, in terms of development and standard of living of Niger Deltans.

“As a renowned human rights activist, we urge you to use your good offices to attract development to Niger Delta by seeing to the resuscitation of the moribund sea ports and other companies in similar state and help to protect the interest of Niger Delta and her people as in the case of NGMC,” the group stated.
It had earlier in the statement congratulated the highly esteemed Uvwie chief on his appointment as a minister of the Federal Republic of Nigeria, wishing him a very successful tenure in office.