Former Military President of Nigeria, General Ibrahim Badamasi Babangida has spoken on the need for credible and robust opposition in a constitutional democratic country like Nigeria, noting that the robust engagement of the ruling party by the minority in the National Assembly remains the seasoning of democracy.
General Babangida spoke on Tuesday, 6th August, while playing host to the Minority Leader of the Nigeria Federal House of representative, Hon. Ndudi Elumelu and Members of the Minority caucus of the House, who paid him a courtesy visit at his Minna hilltop residence.
He said democracy cannot thrive in the absence of credible opposition and charged the Minority caucus of the Federal House of Representatives to put the interest of the nation first above their personal interests in the collective building of a virile country, even as he submitted that the nation will witness constructive and purposeful opposition that is geared towards development and sustenance of democracy under the Hon. Ndudi Elumelu leadership of the Opposition in the House of Representatives.
The former military president, while praying for the Leader and members of the Minority caucus, called on them to be focused and united in the discharge of their duties, adding that the Federal House of Representatives remain a critical organ for the realization of the democratic aspiration of the people.
Earlier in the visit, the Minority leader of the Federal House of Representatives, Hon. Ndudi Elumelu said that the Minority Caucus of the House was in the elder statesman’s house to appreciate him for the fatherly role he played in resolving the minority leadership crisis in the house, affirming that the minority caucus has been integrated into the collective resolve to continue to build a virile House that Nigerians will continue to be proud of.
Fielding questions from Journalists after the visit, Elumelu said that the relationship with the ruling Party and the Opposition Party in the House of Representatives remains very cordial, and added that they will continue to give constructive criticism and give the people good dividend of democracy.
“On the floor of the House, we work to ensure we give the people the returns for voting for us. What is expected of us is not to be antagonistic, but to give robust and constructive criticism where the need arises,” he stated.
The Minority Leader, further stated that the House of Representatives under the leadership of Rt. Hon. Femi Gbajabiamila with a view to assuring that Nigerians feels the impact of good governance, has vowed to take its oversight functions seriously, stating that there will be checks and balances to ensure that every money that is appropriated goes into the right channel as stipulated in the provision of the budget. 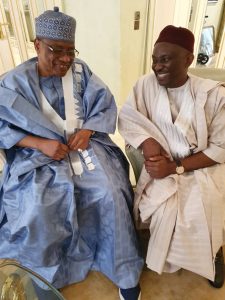 Gen. Ibrahim Babangida with Rt. Hon. Ndudi Elumelu during the House of Representatives Minority caucus visit to the former leader. 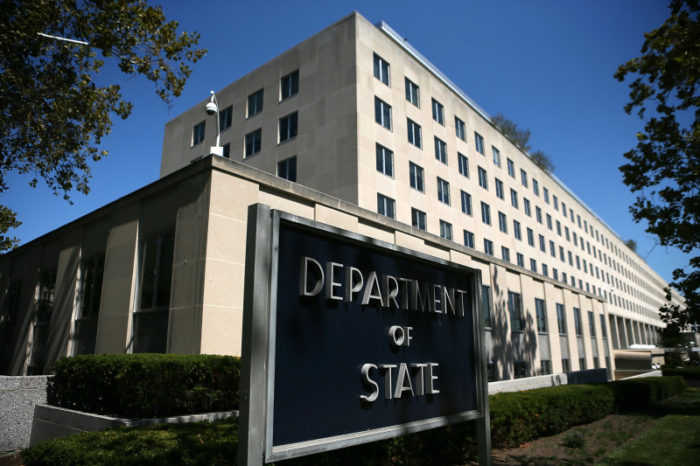