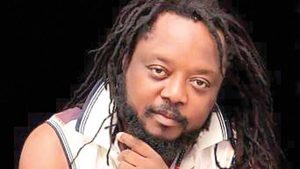 “Lead Me On”, a new Reggae album from the stable of a devotee and maestro, Kandy Sea is up for launch in the twilight days of this month, specifically on Saturday, August 31, 2019.
The renowned Nigerian reggae star whose birth name is Mr. Cyril Eziomume Nwaodi is already intensifying efforts to make the launch a big bash event expected to be chaired by the member representing Aniocha North State constituency in the Delta state House of Assembly, Hon. Emeka Nwaobi, a Fellow of the Nigeria Society of Engineers.
Kandy Sea also revealed to Show Biz Reporters that the event which will have the Senator representing Delta North Senatorial district in the Red Chambers of the National Assembly, Senator Peter Nwaoboshi as the Father of the Day, will be an avenue where his newly acquired latest state of the art musical equipment will be unveiled and inaugurated.
The event, he hinted, is being coordinated by Sandrich Promotion and scheduled to hold at the prestigious Downtown Hotel & Suites at Plot 16, Sewage Road, Gowon Estate, Egbeda, Lagos, adding that the immediate past Delta State Commissioner for Arts, Culture and Tourism, Chief Emma Bazim Chinye is expected to grace the occasion as the Special Guest of Honour where High Chief Igbinazaka Ugowe will double as the chief host.
The Anioma born music icon announced that arrangement has been concluded for maximum security to be put in place at the event that is billed to starts by 3 pm, even as he noted that new talents will also be discovered at the event.
Born 47 years ago on 16 April, 1972, to Mr. and Mrs. Nwaodi of Ogbe Obi Quarters, Onicha-Olona in Aniocha North Local Government Area of Delta State, Nigeria.

His first Album titled, “Enough Is Enough hit the airwaves in 1990 and the market performance was exceptional and impressive. This motivated him to intensify more effort in his music career and in 1992/1993 he hit the Nigerian Music scene with another album, HUMBLE LION which had some unforgettable tracks like, He Gives Me Joy, Kandy Sea Has Come and Lots of others.

The market performance of this same album was excellent and the proceeds realized from the sales, made him an instant millionaire.

The encouragement and popularity he got from this Album propelled him to go into research for the third album, NO ONE KNOWS TOMORROW. The Album gave his musical career the first international face-lift as he was invited by so many music lovers to come to overseas for performance.

Kandy Sea, a cousin to the late Reggae icon and Ambassador, Ras Kimono, is renowned for his inspirational music as he has featured in many International musical concerts.