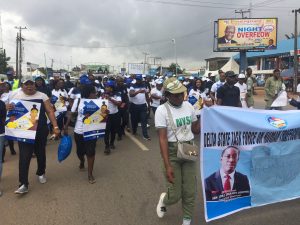 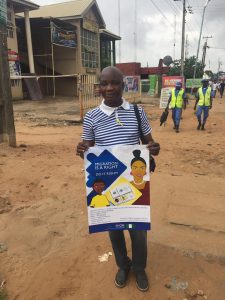 Mr Chukwudi Abiandu, Editor-in-Chief, on duty for banneronlinenews.com at the walk and rally campaign against Human Trafficking and illegal migration in Asaba. Photos: Olushola Oladapo

Okowa to political appointees: Have zero tolerance for corruption, warns against infighting among board members

Communal Disputes: No land is worth blood of any Deltan, says Okowa; receives Oleh-Ozoro...