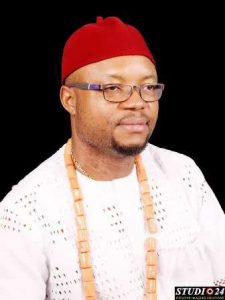 It was another day of victory for Hon. Emeka Nwaobi, of the Delta State House of Assembly where he represents Delta North State constituency when on Tuesday, September 17, 2019 he secured a pin fall against his opponent, Nnabudo Chinye at the tribunal over election matters.

On that day, the National and State House of Assembly Election Petitions Tribunal sitting in Asaba, Delta State, has affirmed the victory of Nwaobi, in the election held on Saturday 9th March, 2019.

The Tribunal in a unanimous judgment, held Nnabudo Chinye and the All Progressives Congress (APC) failed woefully to prove their claims against Nwaobi.

Therefore, the tribunal held that the election of Aniocha North state constituency was conducted substantially in compliance with the electoral Act, and declared accordingly that the petition failed and is hereby dismissed.

It declared that Nwaobi of the Peoples Democratic Party, PDP, is the lawful winner of the election, having scored the majority of lawful votes cast in the election while affirming that the said election substantially complied with the Electoral act 2010, as amended and the INEC guidelines for the election.

The three-man panel headed by Justice A. M. Abubakar, held that the Petitioners which included All Progressive Congress (APC) and Mr. Nnabudo Chinye, the party’s House of Assembly candidate for the Aniocha North House of Assembly poll, failed woefully on all grounds of the petition brought before it, having been unable to prove the allegations of non compliance to the electoral act, corrupt practices, non accreditation of voters, improper accreditation, over voting and non use of smart card readers in the election.

“The burden of proof for improper accreditation lies on the shoulders of the petitioners which fact has not shifted until he proves same, and we found no merit in this allegation, based on the fact that the petitioners failed to prove same as required by the law.

“We wish to re-emphasize that over-voting in law is determined by subtracting the total number of votes cast at the election from the totality of number of registered voters from the area or constituency and not the formula adopted by the petitioners here”, the tribunal held.

Rather, it was their findings that the total number of registered voters in eight wards of 57,928 fell short of 18, 501 votes from the said eight wards.

The tribunal in the unanimous judgment also faulted the petitioners for not complying with the Electoral Act and INEC guidelines by failing woefully to prove their allegations, polling unit by polling unit; ward by ward and how it has affected the outcome of the election.

It held also that seeking the nullification of the election and at the same time praying the tribunal to declare them the winner of the election is contradictory to the reliefs they are seeking and contrary to the relevant sections of the first schedule of the Electoral Act 2010 as amended.

“The Petitioner is duty bound to submit the whole results of the constituency for the court to determine that the total number is fatal to the determination of the petition”, they held in the judgment.

Furthermore, the tribunal affirmed that the dumping of voters register without linking it to over voting, and at the same time failing to call a vital witness to prove the allegation of non-accreditation, as well as failing to produce the thumb printed papers or produce an expert, and therefore held that the evidence produce by the petitioner does not have probative value.

The Petitioners had based their petition on four grounds and prayed among other reliefs that, the result of the election in eight wards of Aniocha North State Constituency should be nullified and that the retention of the second respondent as the member representing Aniocha North State Constituency in the Delta State House of Assembly be nullified and the Tribunal should declare him as the duly elected and returned member of the Delta State House of Assembly, Aniocha North State constituency, having scored the majority of the lawful votes cast at the said election of 9th of March, 2019.

However, in the lead judgment, the tribunal held that the petitioners failed on all the grounds of the petition and consequently dismissed their petition and affirmed Emeka Nwaobi and the PDP as the winners of the said election for Aniocha North State Constituency.

The Tribunal stated: “The petitioners failed woefully to prove their claims. We hold that the election of Aniocha North House of Assembly was conducted substantially in compliance with the electoral Act. The petition fails and it is hereby dismissed for lack of merit.”

Speaking in an interview with newsmen after the judgment, Barr John Okoriko who is a counsel to one of the respondents, commended the Judgment and described it as a demonstration of judicial erudition, saying that it was a painstaking judgment which attested to the point that the allegation of non-accreditation, the allegations of over-voting and the alleged issue of non use of the card reader were all a ruse based on the fact that they were unable to substantiate the allegation with the required documentary evidences.

Barr Okoriko affirmed that the Judgment was very fair and transparent, saying that it actually establishes the point that the petitioners had no case at all in the first place in respect of those allegations relating to the conduct of the said election in Aniocha North State Constituency.

For the former Chairman of Aniocha North Local Government, Hon. Jaunty Okwudi, who was also in court, the judgment in favour of Nwaobi is the Lord’s doing.

Okwudi said: “The devil has a way of trying to do things. The judgment shows that the petition was a wild goose chase, as it showed that the petitioner failed to prove that he is more popular.”

Nwaobi said: “From the brief I was given, I heard that the judgment was very well dissected. I knew from the beginning that the petition was dead on arrival, and I saw it as the work of wickedness. Yet, it was good that the judges in their wisdom took the position that the election was well conducted .I all we give God the glory. I know that my being in the House of Assembly was designed by God. I thank God for what He has done for me.” 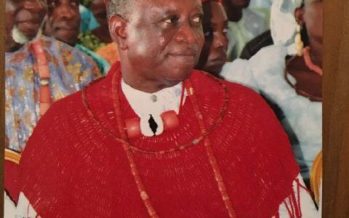