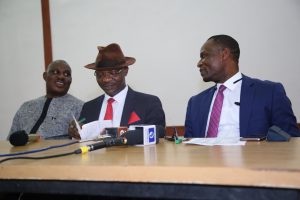 Dr. Gbe made this known at the post-EXCO press briefing that held along with his counterpart in the Information Ministry, Mr. Charles Aniagwu, and the chief Press Secretary to the Governor, Mr. Olise Ifeajika.

Gbe said the budget represents the fiscal strategy framework that will contain the economic and fiscal trends for 2020 and beyond was presented to EXCO and which was approved. “For 2020, the oil bench mark is $51 at the exchange rate of 350 to the dollar,” he said.

He also disclosed that the plan is also about funding the strategic priorities of Governor Ifeanyi Okowa’s key projects, among which is establishment of 19 technical colleges, adequate funding of the agriculture value chain, and job creation. “Health care will be funded more than ever before. The new development agencies in Uvwie and the older one in Asaba will be adequately funded,” Dr. Gbe said, declaring that in October 2019, Governor Okowa will go to the State House of Assembly to present the 2020 budget.

The Commissioner for Information, Mr Charles Aniagwu, made this known at the post-EXCO press briefing today.

Aniagwu, who stated that the meeting which was presided by the Deputy Governor, Mr Kingsley Otuaro, also approved the construction of some roads in the state.

He listed the federal roads whose failed portions would be rehabilitated by the state government as Benin-Sapele, Benin-Onitsha and Agbor-Abraka-Eku.

He disclosed that Federal Government’s permission to Delta Government to rehabilitate the roads was received on Thursday, adding that contractors had been mobilised to the spots.

“You are aware that commuters are facing a lot of hardship on the roads; it has become so difficult to enter Onitsha, because the road at the Asaba end of the bridge is very bad.

“The good news is that Federal Government has reached out to us to repair these roads and we are very optimistic that by the time we are done, the government will attend to us for the purpose of refunds.

“We are more concerned with the safety of our people and that is why we are committed to fixing these roads which will take more than N1 billion,” Aniagwu said.

He said that the council approved the construction of 2.3 km Benekrukru road in Warri South West and that it also approved Obi Frederick Egbankonye as the traditional ruler of Aballa Kingdom in Ndokwa East Local Government Area.

At the briefing which was also attended by the Chief Press Secretary to the Governor, Mr Olisa Ifeajika, the commissioner stated that the establishment of 19 new technical colleges across the state.

He stated that the approval was not only in line with fulfilling the campaign promises of the governor, but for the consolidation of the successes recorded from the revamped technical schools in the state.

He also stated that to check the impact of flood on Deltans who are living in coastal communities, five amps for internally displaced persons was approved to be set up in Asaba, Kwale, Patani, Ozoro and Ashaka.

Aniagwu added that more than 10 camps would be set up “depending on the impact of the impending flood on the people”.

On his part, Gbe said that the council had approved for the governor to present the 2020 Appropriation Bill to the House of Assembly in October.

He added that the Fiscal Strategy Framework for the state was presented to the council at the meeting and that it discussed and approved. 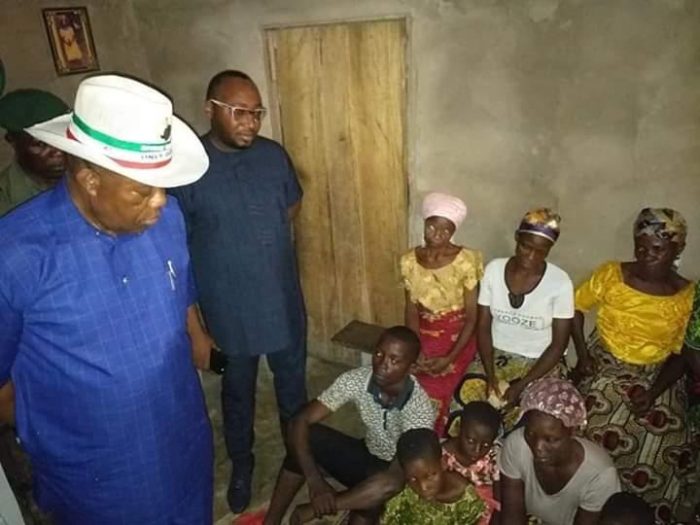 Okowa makes case for ranching; we cannot continue to allow our cattle to be...