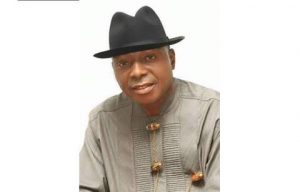 The three man panel presided over by Justice C O Onyaebo, said the election was marred by irregularities and ordered the Independent Electoral Commission, INEC to withdraw the certificate of return issued Senator James Manager and conduct a fresh election.
Delta South Senatorial Candidate of the All Progressives Congress, APC and immediate past Governor of Delta State, Dr Emmanuel Uduaghan had dragged Senator James Manager to the tribunal, arguing that the election was marred by fraud and irregularities. Onyeabo said that the defendants could not defend case of over voting and irregularities against them. The Tribunal ordered that election should be conducted within 90 days.
The areas in dispute are; Burutu, Bomadi, Patani, Isoko North, Warri South-West and Warri North local government areas. Speaking shortly after the judgment, counsel to senator James Manager, Larry Selekeowei SAN said that they were not satisfied with the judgement, adding that they will study and appealed the judgment.
• Source: Vanguard