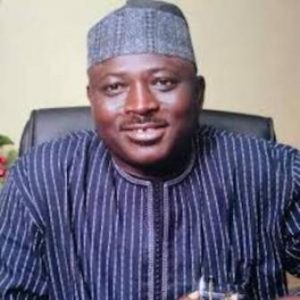 A statement issued from the office of the Minority Leader, on Monday, September 2, in Abuja and made available to Journalists, confirm that the appointment took effect from June 11, 2019.

George Daika, who is also a former Speaker of the Plateau State House of Assembly, was born on 10th August, 1965, in Mokwa, Niger State and is a graduate of Political Science from Nasarawa State University, Keffi.

His rich and profound experience include; serving as Special Assistant to the Speaker of the House of Representatived between 2015 and 2017, Hon. member of the ECOWAS parliament, Abuja from 2007 to 2011, State Assistant Secretary National Youth Council of Nigeria (NYCN), Plateau State Chapter, from 1998 to 2000 and Secretary of the Social Democratic Party (SDP), Shendam Local Government Area of Plateau State, from 1990 to 1992.

Until his appointment, Hon. Daika was the Chairman/CEO, Vicage Resources Limited. He is happily married with 4 children.

Buhari to Nigerians: Come out, vote your conscience

Buhari thanks Obasanjo, educates him on successes so far