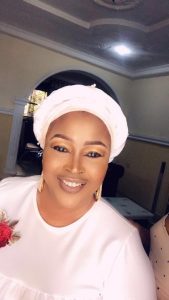 A pan Niger Delta group, the Esan Solidarity Movement of Niger Delta (ESMOND), has applauded President Muhammadu Buhari for constitute a substantive Board for the Niger Delta Development Commission (NDDC).

The group described the action as well meaning the approval of the appointment of seasoned administrators, professionals and well respected sons and daughters from the region, to manage the affairs of the interventionist agency.

Their nod of consent for the President’s action was contained in a statement issued and jointly signed by the National Coordinator of the group, Princess Edugie Laura Enosegbe, Secretary, Mr. Owobu Ellias and the Publicity Secretary, Prince Franky Okojie, after a crucial meeting in Warri, Delta state.

Pointing out that the NDDC is an agency established by former president Olusegun Obasanjo in year 2000, with the mandate to develope every corner of the oil-rich Niger Delta region of Nigeria, the group noted that what President Buhari has done with the appointments into the new NDDC Board, is to ensure that there is a balance in the development of the Niger Delta area and every oil producing community is made to feel the impact of Federal presence with appointments into the NDDC top management.

The statement reads: “For the avoidance of doubt, we are in support of the appointments into the NDDC Board, for the simple and clear fact that every single member of the new board, including the Chairman designate and Managing Director designate, is from an oil producing community in the Niger Delta, as stipulated by the NDDC Act.

“We are indeed pleased to inform Nigerians that Rt. Hon. (Dr) Pius Egberanmwen Odubu, the NDDC Chairman-designate and immediate past Deputy Governor of Edo state, is a distinguished Barrister and Solicitor of the Supreme Court of Nigeria, with over 33 years cognate experience, and he hails from Urhomehe in Urhonigbe North Ward, Orhionmwon Local Governrnent Area, which is one of the oil producing communities of Edo State.

“The Managing Director, MD-designate, Olorogun Bernard Okumagba, who served Delta state meritoriously as a multiple commissioner of Finance and Budget and Economic planning at different times, is a banker per excellence, financial guru and an economist of the highest repute, and he comes from the great Okumagba Dynasty of Okrere Urhobo Kingdom of Warri South West LGA, paternally while his mother is from Ukpiovwin, an oil and gas producing community in Udu Local Government Area.

“His paternal grand mother is from Edjeba and it is on record that the area where you have NPDC largest office in Delta state, is jointly owned by the Edjeba and Okere Urhobo Communities, which are both heavily oil impacted and involved Urhobo Communities in Warri South Local Government Area.

“Based therefore on the same NDDC Act of 2000, which has been quoted copiously out of context in this matter, both the excellent Dr. Pius Odubu and the brilliant Olorogun Bernard Okumagba, who have served the whole of Edo State and Delta state individually and with great distinction, are eminently qualified for the Chairman and MD, positions of NDDC, since they are paternally and maternally from oil and gas producing and oil impacted communities in Edo and Delta States, respectively.

“We have no doubts whatsoever that all those appointed into the new NDDC Board are men and women of integrity and proven track records of quality service in all their endeavours and we are convinced that they will bring their professional skills and administrative competence to bear as they discharge their new responsibilities, in turning around the fortunes of NDDC for the good of the Niger Delta people.

“We therefore urge Mr. President to proceed with the confirmation of these distinguished Niger Delta and Nigerian sons and daughters he has already appointed to make up the new NDDC management, as we are very confident that his resolve to reconstitute a permanent board for the Commission, will definitely strengthen and transform the interventionist agency in line with the mandate for which the idea of a Niger Delta Development Commission, was conceived and inaugurated,” the statement concluded.