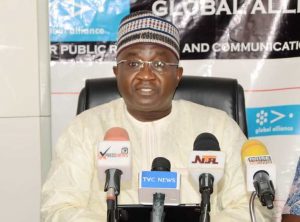 Malam Mukhtar Sirajo, President of NIPR said this on Thursday during a press conference in Abuja.
Sirajo said the move had become necessary for genuine reconciliation between both countries to take place following the killings of Nigerians and destruction of their properties.

He noted that whatever adversely affected Nigeria, ultimately affected Africa, the black race and indeed global peace and stability considering its enviable position as the largest economy and most populous black nation.

Sirajo regretted that businesses in other African countries with franchise or links to South Africa were increasingly coming under threats as the attacks and responses to them rage on.

According to him, Nigerians on the other hand should allow these efforts of arrests and sanctions run their full course since the Federal Government of Nigeria has stepped up its efforts in engaging its South African counterpart.

“We however appeal to authorities in South Africa to be more forthcoming in the handling of the issue by getting on top of it, apprehending and meting out appropriate sanctions against those found guilty so that the notion that these acts are not without some tacit support can be put to rest.

“On our part, we appreciate the need for constructive engagement and sensitization of the citizenry to douse the tensed atmosphere.

“We hereby offer the expertise of our members to the Federal Government so as to enrich its efforts towards addressing this challenge and others in a more sustainable manner.

“We are willing to design and deploy the right communication strategies to fast track resolution of this and other issues.

“We shall engage the collaboration of our sister organization in South Africa and indeed the regional Public Relations Institute of Southern Africa to deploy appropriate communication strategies that will reorient both the perpetrators and sympathisers of the victims of xenophobia,” Sirajo said.

The NIPR boss said that Nigeria has witnessed in the last few weeks many unfolding events that portend grave challenge to its reputation and relationship management skills within the comity of nations, with the xenophobic attacks being most recent.

He noted that xenophobia had become a menace the world must find solution to or it would become the albatross of this age.

Sirajo said: “Only yesterday we celebrated the end to racism and minority white rule in South Africa. Sadly there is a strong nexus between xenophobia and racism as both feed upon hate, prejudice and crass violation of the victims’ fundamental human rights.

“Xenophobia is a crime against humanity which runs counter to the universal values of sanctity of human life, freedom of movement, mutual respect, open engagement, communication and effective relationship management which underpin public relations practice.

“The decision to withdraw Nigerian participation at the World Economic Forum in Cape Town, as well as the reported recalling of our High Commissioner in Pretoria will go a long way in reassuring our people of the readiness of our government to not look away wherever and whenever the interests of Nigerians are threatened.

“However, in addressing the situation, we must encourage Nigerians not to fall victim of the mistakes of some of our misguided brothers and sisters in South Africa.Two wrongs can never make a right.

“The Nigerian Institute of Public Relations lends its voice to other voices of reason and moderation to appeal to Nigerians and all our brothers and sisters across Africa to halt the descent into the gutter of criminality and savagery.

“We need to show that we are better than those perpetrating these crimes, more so as we believe that this is not what the entirety of the South African citizenry represents.”

He pleaded with both governments to put in place appropriate communication strategies to educate the citizenry on the dangers of xenophobia and the futility of reprisal attacks, noting that both economies drew huge resources from each other to grow.

The NIPR President also said that sustaining the current emotional reactions to xenophobia would unwittingly recruit Nigerians as disciples of the crime they are condemning. (NAN) 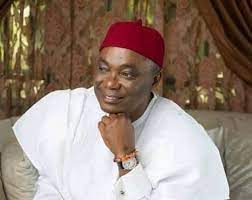 PERSPECTIVE – Another surprise from PDP’s bag of tricks