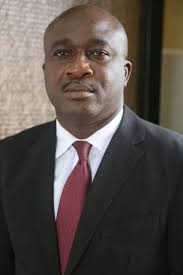 Governor Ifeanyi Okowa of Delta State has directed that a comprehensive audit of infrastructures in schools and mapping of all public primary and post primary schools in the state be carried out.

The Commissioner for Basic and Secondary Education, Chief Patrick Ukah, who made this known in a statement in Asaba said that the exercise has become imperative for government to take another and deeper critical overview of its infrastructural inputs.

This, he said, is with a view to identifying shortfalls and possible gaps which would redirect its focus to untouched areas of infrastructural needs by the schools during the current tenure of this administration.

Ukah lauded the approval considering the fact that it will throw up a number of issues and challenges of the system that may need to be tackled by the state government.

The Commissioner stated that the perceived gap is not due to inaction on the part of government but the large number of public schools and the long years of abandonment contrary to information peddled on social media, adding that government in its commitment to promoting educational standards in the state, has extended the intervention beyond infrastructural developments with the recruitment of one thousand teachers recently.

He said that given the large number of public schools in the state and the various other competing demands in the social sector of the economy, no one would rightly expect that all schools would be attended to simultaneously by government, adding that intervention programmes are executed in phases until the entire the state is covered.

According to the Basic and Secondary Education Commissioner, at the end of the school infrastructural audit and mapping project, critical challenges would be identified which will inform government policies and actions in addressing the issues of duplication of projects, skewness in project locations, poor school database management and documentation, and economic wastages.

The exercise, which is expected to commence in the next two weeks, has been awarded to an international research company with renowned pedigree in census and infrastructural audit.

The company will execute the project with very clear terms of references and mandate within a completion period of eight weeks.

Ukah assured that the outcome and recommendations of the schools infrastructural audit and mapping would be made public as it will further provide policy directions for government towards achieving intended overall educational goals in the state.