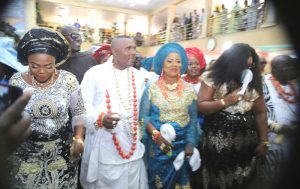 Governor Ifeanyi Okowa of Delta State has urged political office holders to serve the people with their positions, saying they are accountable to the electorate. 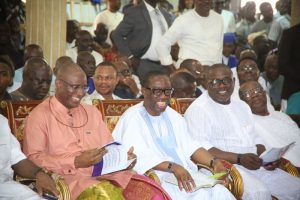 The governor made the call at a thanksgiving service of Evangelist Michael Diden, General Overseer, Mega Praise Church of Christ International, Sapele, on Sunday. 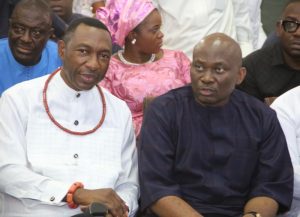 Okowa said that positions were to be used to serve God through rendering selfless service to the people.

“Any position we find ourselves is by the grace of God; if you have the privilege of holding a position, try to work for the people; wherever you do, remember there is God above who made your position possible,” the governor said.

Congratulating Diden for his appointment, Okowa thanked God for what he was using the man to do.

He described him as a philanthropist and hard working politician who was sincere in his actions.

Earlier in a sermon, Diden had urged political office holders not to act on gossips.

“A leader should not listen and act on gossips; a leader should take time to verify the authenticity of the information he receives so as not to hurt an innocent person,” he admonished.

Tony Obuh’s funeral: You’ll be remembered by how you touched the lives of others, says Okowa

Many killed, 26 kidnapped as Southern Kaduna people vow to reclaim all lands