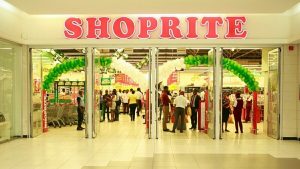 “Our target now is to mobilise Nigerian students and Nigerians towards truncating the smooth running of South African businesses in Nigeria.
“We shall resume here at Shoprite, Stanbic IBTC, MTN and Multichoice on August 14 for a total shut down.
“This is a struggle that will continue until victory of purpose is achieved,” Mr Adeyemi said.
On August 5, students shutdown MTN and Stanbic IBTC Bank offices in Abeokuta to voice their anger of the relentless killing of Nigerians in South African cities.
Up to 800,000 Nigerians, mainly young people reside in South Africa, according to unofficial estimates.
No fewer than 128 Nigerians have been killed in the country since 2016, many of them murdered by South African policemen.
However, some of the Nigerians were reportedly killed by their fellow Nigerians in gang violence, linked to hard drug peddling. (NAN)