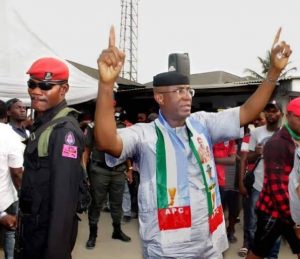 The Election Petitions Tribunal panel sitting Asaba, Delta state and presided over by Justice A.M. Abubakar, today, Saturday, September 07, 2019 affirmed the victory of Deputy senate President, Senator Ovie Omo-Agege of the All Progressives Congress (APC)representing Delta Centra.
The News Agency of Nigeria reports that tribunal chairman, in his judgment delivered today, Saturday, 7/9/2019, declared that the petition filed by the Peoples Democratic Party and its candidate, Evelyn Oboro, lacked merit and, consequently, struck it out.
Oboro had, in her petition, prayed the tribunal to declare her as the winner of the election, citing electoral irregularities.
Meanwhile, savouring his tribunal victory, the Deputy President of the Senate, has expressed gratitude to the people of Delta Central Senatorial district and all Nigerians whose unwavering support has ensured undisputable electoral and judicial support.
In a statement issued by his Special Adviser on Media and Publicity, Mr. Yomi Odunuga, Omo-Agege expressed his resolve to diligently continue offering selfless service towards the betterment of his constituency and the nation as a whole.
“While many have emphatically maintained that the suit was unnecessary in view of the thousands of votes in his favour and an unwavering support for his reelection as Senator representing the Delta Central, Sen. Omo-Agege has appealed for continued unity of purpose towards ensuring positive impact on the lives of the people who voted for him to ensure qualitative representation at the Senate.
“With the determined support of his constituents, transparent election victory was achieved and it is no surprise that Saturday’s unanimous judgment by the election petition tribunal sitting in Asaba was that the resounding electoral victory be upheld.
“We must restate the fact that the petition to the Tribunal by the Peoples Democratic Party’s candidate was a needless distraction and a waste of the Tribunal’s time going by the fact that the petitioner was defeated in her polling unit, ward and even local government area by Senator Omo-Agege.
“Indeed, the tribunal dismissed the petition against Senator Omo-Agege on the grounds that the petition lacked merit and the petitioner could not prove her case beyond reasonable doubt.
“With the monumental support of his people at the grassroots and the thousands of votes’ gap legitimately recorded during the Senatorial elections, the outcome couldn’t have been different.
“While Senator Ovie Omo-Agege and his party, the All Progressives Congress (APC) are not surprised about the tribunal’s verdict, he has directed his staff and supporters to look beyond the spontaneous jubilation and embrace his commitment to the populist ideals of spreading the dividends of democracy to all.
“He also urged all his constituents to forgive all unjustified accusations of the past and embrace his call for unity of purpose as much needs to be done towards the realization of his vision for genuine change and development.
“The Deputy President of the Senate has continued to extend a hand of fellowship to all those who participated in the futile challenge and he expressed gratitude to all Nigerians who have been expressing their support in various ways,” Odunuga stated. 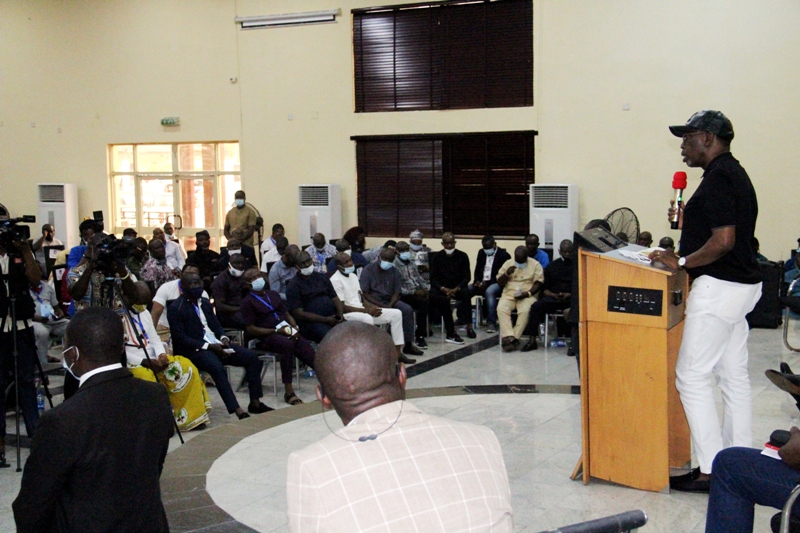 OPINION – There is nothing like farmers-herders clashes; it’s murder, genocide

Delta PDP to loquacious Oshiomhole: Watch your mouth, describes his boast of federal might...