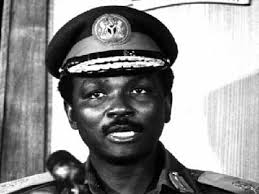 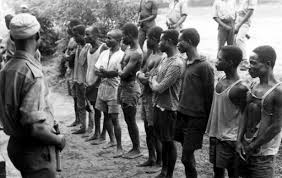 By Tony Eluemunor
I know that Gen Yakubu Gowon (rtd), the Head of State during the Civil War
apologised for the Asaba massacre in 2002
Unfortunately, all through the war Gowon said not a word about the Asaba
massacre. He did not punish the perpetrators. When the war ended in 1970, he
toured the Eastern states and passed through Asaba to Benin (I was in the Boys
Brigade then and helped in controlling my fellow primary school pupils who
lined the road at Ubulu-Uku to welcome him) and though he stopped at Asaba,
he failed to apologise then. He remained Head of State for five years after the
war until his administration was kicked out in the coup of 1975. Still, he did not
acknowledge the massacre.
Gowon cannot claim ignorance of the massacre while he was in power. THE
LONDON OBSERVER commented on it on 21 January 1968, LE MONDE, the
French evening newspaper wrote about it on 5 th April 1968, LOOK, the British
magazine did same and even a Canadian Member of Parliament, who served as
the UN Observer, Stephen Lewis, was mentioned in the LONDON OBSERVER
on 11 th October 1968. So, Gowon missed a golden opportunity when he visited
Asaba in 1970. It just happened that the Nigerian press considered it a patriotic
duty to deny or overlook it. Things changed when a former Rangers of Enugu
football team former star, Mr. Emma Okocha published a well-acclaimed book.
I had searched for the book without success until someone brought it to me at
1am on Wednesday night. I took a cursory leafing through the pages and was
dazed by the amount of nastiness the Federal troops exhibited, and with
inhuman ferocity too. I had by then concluded the trajectory of this piece and I
had decided to read the book afterwards or I might not even be able to complete
the article. Blood flowed all through the well-researched pages. Okocha piled
relevant facts upon valuable facts.
Please compare Nigeria’s reaction (or non-reaction really) to Asaba Massacre
with the American reaction to the Mai Lai Massacre in Vietnam on 16 th March
1968 where American soldiers brutally extinguished a Vietnamese village of
non-combatants just as the Federal troops killed Asaba non-combatants. The
My Lai Massacre was kept secret for nearly a year; later Ron Ridenhour an
American soldier, sent multiple letters to the President and the Secretary of
Defense about the incident. Ultimately, he shared the story with the press in
1969. Other individuals also spoke out against the My Lai Massacre, including
Hugh Thompson, a helicopter Pilot. Thompson saw what was happening from
the air and landed his helicopter in My Lai, threatening to shoot at his own
countrymen if they did not stop the carnage.

Unlike the Nigerian Army, the US military, which had tried to cover up the My
Lai Massacre, charged First Lt. William L. Calley with murdering 109 civilians.
But Nigeria charged no one.
The My Lai massacre made the US public to oppose the war, but Nigerians
never shuddered about the Asaba genocide. Yet 500 people died in both places.
As the mother of one of the soldiers accused of killing civilians at My Lai
asserted: "I sent them (the US army) a good boy, and they made him a
murderer." Even she condemned her son and the Army in which he served!
From 4pm to 7pm on Wednesday 2 nd October 2019, I stood at the Memorial
Arcade in honour of the casualties. Umuagu quarters lost 43 souls. Umuaji, 112,
Umuezei, 69, etc; about 500 died. But my heart bled when I saw on the plaque
Oyana Uwaegbeum, Oyana Akaeze, Oyana Nwabueze (from Umuagu)
–perhaps brothers. Or Nwosa Chike, Nwosa James, Nwosa Joseph, Nwosa
Nwokocha – four likely brothers or a father and his children from Umuaji
quarters. Or Onyemenam Kafondi, Onyemenam Uzor, Onyemenam Azubuike,
Onyemenam Okafor. Or Ojogwu Chukwuji, Ojogwu E.O, Ojogwu Moses,
Ojogwu Nnaji, Ojogwo Oliver, Ojogwu O. Mike, Ojowgu Samuel, Ojogwu
Simon. Or Ezedife Patrick, Ezedife Ojei, Ezedife Michael, Ezedife Chukwurah
of Ugbomanta. How would those who survived them have taken such sudden
disasters?
And in what way did the Asaba people err? The Federal troops rumbled into
Asaba on the 5 th. The Biafrans had melted away as the immediate commander,
the late Col. Joe Achizia (a son of Asaba) opted to retreat to Onitsha as a lorry
load of cutlass was all he was given to defend Asaba with. He blew up the Niger
Bridge. Then the indiscriminate killing started. It turned horrendous on the 6 th
and became hellish on the 7 th . My fellow ex-students of St. Anthony’s College,
Ubulu-Uku recalled:
Mr. Chiedu “Cassy” Juwah: “people were dancing in a welcome party at Ogbe
Ilo field. Then soldiers stopped the music and a grim business began. A man
would be made to dig a grave, get into it and he would be shot. A second man
would cover that grave, dig his own, and be shot too. That was how Asaba
became a town of landladies. My cousin who had survived the pogrom at Kano,
his Dad and two elder brothers were shot. I hid and returned home. The
following day, 7 th , we were rounded up and shepherded to Oma opposite today’s
Grand Hotel, that’s where we were separated. At Ogbe Osowe, the men were
separated from the boys and the women, and I, a boy, joined the women in
going to the Convent, now St. John Bosco’s Church at Nnebisi Rd, and Ogbe
Osowe became a killing field. My brother, Augustine Juwah who passed out of

St. Anthony’s College in 1964 pretended to be dead and hid among dead bodies
there as a machine gun belched fire and death. By 8pm he made his way home
and we started our flight; first to Achala, and from there to Ubulu-Uku. Some
people returned home days later and were still killed in the house to house
combing by the military.”
From Joe Obi, my classmate at St. Anthony’s College came this: “I was in
Asaba during that massacre. You can't imagine the psychological trauma I've
been through from the horrors of that event over the years. Imagine a boy
(around age seven) walking past over 100 bodies of your town's dead in one
day! Exactly my experience. My family's home was razed with bombs from …
the Nigerian army. My family was forced into a concentration camp at SPC
Asaba. Dad had to run to safety in some forest somewhere and died from lack of
medical care, thereafter. Most of my childhood friends grew up with their Dads
living in their households, I didn't. Ordinarily, it should be the sole justification
for anyone to become a monster.
I'm a patriotic Nigerian, but, reluctantly so, and who'd blame me”?
From Dr. Patrick Anyafulu: “Most of us have harrowing stories to tell about our
civil war experiences. In 1969, a company of Federal troops was ambushed and
decimated by Biafran troops on the road leading to Asaba from Oko. That
incident brought the horrors of war to my sleepy, rustic village. The whole
village was razed to the ground. We all escaped death through Providence…a
heavy rainstorm the previous night delayed their advance from Asaba, and
fishermen who had gone to check their nets saw them and alerted the whole
village. Shells were already landing in the village and the air was filled with the
whine of bullets. We escaped into the forest and lived there until 1970, before
we were encouraged to come out of the bush. We ended up at the refugee (not
concentration, Joe) camp at Asaba!”
Yes, other Anioma towns experienced genocide too. Ishiagwu lost over 400
people when the Federal troops struck at night. Ibusa suffered genocide,
Ogwashi too did to some extent. As the lives of Juwah, Obi and Anyfulu show,
the resilient Anioma people have not just survived but flourished. Juwah is a
PDP member from inception. He has the party’s history in his palm. Yet, no
appointment has come his way. I wish this can change. Mr. Joe Obi entered St.
Anthony’s College at around age 10. He sleep-walked through, showing a
flicker of brightness now and then, and even engaged in cultural displays but we
didn’t know the memory demons that were tormenting him. He really exploded
when he got into St. Gregory’s, Obalende, Lagos for his HSC. On arriving the
US immediately after serving his Youth Corps, he threw away his Nigerian
degree and obtained a fresh first degree to become relevant in the US. He is

doing well and visits home regularly. He hates corruption and raves against it.
He wants a good leader for Nigeria –whether from the East, North, West or
South! Patrick Anyafulu is an all- round athlete and polyvalent student (was
among the class leaders in both English and Maths, History and Physics, BK
and Geography. He was with me on the School Magazine’s Editorial Board. He
is a medical doctor now! They beat the odds!

The entire Anioma suffered that genocide. So the entire Anioma should build a
real Remembrance Arcade in Asaba. The houses around the present Arcade
should be demolished and a magnificent edifice should be built, the story should
be provided in video format so that visitors could live out the gruesome event.
Pictures of the casualties should be linked with their names. Survivors and eye
witnesses should recount the stories for the coming generations. The one I saw
in Asaba is stone dead!!!
500 people were dastardly massacred in Asaba; we must say NEVER AGAIN
as Anioma takes its place in this Nigeria that belongs to us by divine right!!!