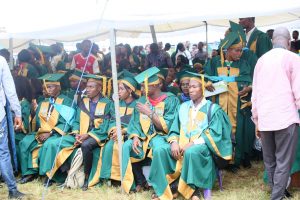 A cross-section of the new graduates of Delta State Polytechnic, Ogwashi-Uku. 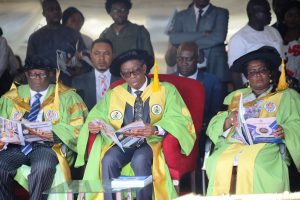 No fewer than 20,933 students of Delta State Polytechnics, Ogwashi-Uku were formerly adopted as graduates of the institution on Saturday, October 14, 2019, having successfully completed their studies at the institution’s second combined modest, but colourful convocation ceremony.

The event, which was attended by the State Governor and Visitor to the Polytechnic, Dr. Ifeanyi Okowa, was for six academic sessions from 2013/14 through 2018/19.

A breakdown of the total number of the adopted graduates of the Polytechnic, revealed 9,359 Ordinary Diplomas (ND) and 11,575 Higher National Diplomas (HND).

In his address at the occasion, the Visitor to the Polytechnic, Governor Okowa commended the Governing Council and management of the Institution for putting up the combined convocation, five years after the last convocation was held, saying that he was particularly happy that the certificates and transcripts of the graduands from the six academic sessions were ready for distribution and appreciated that it was in consonance with his directive to all tertiary institutions in the state to ensure the readiness of the document before any convocation ceremony.

While urging them to apply the same discipline, focus and resourcefulness towards turning the polytechnic into centre of excellence that it was conceived to be, Governor Okowa noted that the institution which was established 17 years ago by the Chief James Ibori Administration has continued to be nurtured and sustained with vigour by his administration.

“It is gratifying that like the other two polytechnic, the Ogwashi-Uku Polytechnic has maintained steady progress since its establishment, even in the face of peculiar financial and environmental challenges. Aside from the thousands who have graduated from this school and are currently impacting the wider society with the fruits of their knowledge, there have been appreciable improvements in the physical infrastructure and curriculum developments, while the school has been relatively scandal free”, the Governor stated and revealed that arrangements have been made in the 2020 budget for the tarring of the internal roads within the polytechnic campus as well as the construction of the school perimeter fence.

“We are also giving priority attention to the provision of portable water on the campus, taking into cognizance the difficult terrain/topography of Ogwashi-uku. Our administration will continue to do its best to upgrade and update the infrastructure and other facilities to ensure that the polytechnic becomes a true centre of excellence that we can all be proud of,” he said.

The Governor also congratulated the new graduates for the successful completion of their studies, saying that the day marked the end of a chapter in their lives and the beginning of another one, adding that their graduation from the Institution was a baptism into the age of responsibility.

He said: “It is now your responsibility to write the remaining chapters of your life. To do a good job of that, one of the things you need to quickly come to terms with is that the future of the labour market is not necessarily the certificate you will be given today; it is in job skills and entrepreneurship.

“Our society and education prepared us for white or blue collar job. But with the exploding population, digital economy and opportunity society driven by change, entrepreneurship is the key to unlocking the doors of prosperity and personal fulfillment.

“In this new world characterized by dazzling speed and rapid change, graduates who excel are those whose best skill is thinking outside the box. Be prepared to learn new things and acquire new skills. Like I have always said, graduation do not mean the end of learning, it just means you are now responsible for your own learning. So invest time, energy and resources to acquire skills that will put you on the path of profitable entrepreneurship,” the governor admonished, even as he called on them to pay attention to the needs of the society with a view to finding creative means to addressing those needs, saying that money gravitates towards those who solve problems for others.”

The State Governor to the applause of the graduates, announced the immediate appointment of one of them, Comrade Francis Iwedike Osedume as a Special Assistant on Student Affairs, saying that it was in fulfillment of his promise during his declaration of intention to run for the governorship of the State in 2014 where the said Francis Iwedike Osedume mobilized a great number of students of the institution for his support without fear of the implication.

In his own address, the Chairman Governing Council of the Polytechnic, Dr. Festus Goziem Okubor commended the Governor for allowing the Council and the institution to function in line with the laws establishing the polytechnic without interference, pointing out that they have remained focused towards a comprehensive and rapid development of the Institution through robust policy formulation, transparency and accountability.

Dr. Okubor congratulated the graduates, saying that it was a great delight celebrating them, while he was full of apologies for the belated convocation, but promised that convocation shall henceforth be an annual event to be held in the polytechnic soon after final results are released, even as he listed numerous achievements of the council under his leadership.

Earlier in her address, the Rector of the Polytechnic, Prof. Mrs. Stella Chiemeke said from the inception of her administration, the polytechnic has been in the process of completing infrastructural and physical developments projects evidenced by more classrooms and offices for both teaching and non-teaching staff.

“This infrastructural development has been made possible by tremendous assistance from the Delta State Government, TETFund and Internally Generated Revenue of the Polytechnic,” she stated, and identified buildings under construction to include the State Government’s sponsored aand SPAT building currently being constructed through the internally generated revenue of the Institution.

”In addition, the Chapel of Mercy is another project constructed via the IGR and staff donation. Staff training and development has been a major priority, as a lot of emphasis is currently on research and development for improvement of our system,” Chiemeke said.

She listed the achievements recorded since her inception as the Rector to include:

Computerization of Student record processing and all bursary operations, introduction of computer based examination (CBE) for all OND 1 and HND 1 which she said has tremendously helped to curb malpractices in examinations, full accreditation of five courses in 2018 and reactivation of hitherto abandoned student hostels.

Also included in her list of achievements is the establishment of staff schools (Basic and Post-Primary), provision of borehole on campus C, re-introduction of part time programmes and pursuant to the SMART initiative of the Governor of the State, Senator Dr Ifeanyi Okowa, the putting up of a proposal for short certificate courses to be an additional boost for meaningful peace building platforms aimed at political socio stability and youth empowerment. 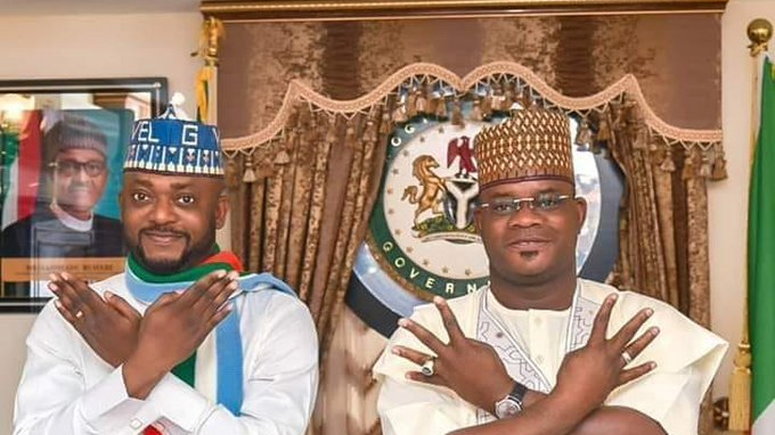