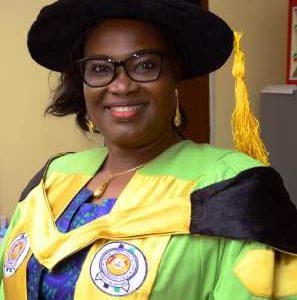 The Management of Delta State Polytechnic, Ogwashi-Uku has unveiled a programme of events for the second combined convocation ceremony of the Institution.

In a pre-convocation press briefing on Wednesday, October 9th, 2019, at the academic board building of the Institution, the Rector, Professor (Mrs.) Stella Chiemeke said that the event has been scheduled over a three-day period between Thursday 10th – Saturday, 12th October, 2019.

Activities for the ceremony will commence with an interdenominational Church Service on Thursday, October 10th, 2019, at the Polytechnic’s Event centre located within the premises, by 10a.m., while the convocation lecture, development appeal fund and the award of excellence to distinguished personalities, has been fixed for Friday, 10th October, 2019 also beginning at 10am in the same Event Centre.

Prof. Chiemeke announced that the Convocation proper comes up on Saturday, 12th October 2019, at the Institution’s convocation ground located at the permanent site, noting that the ceremony, which will commence by 10a.m., will have the State Governor, Dr. Ifeanyi Okowa who is the Visitor to the polytechnic in attendance.

“We have six years of graduands and on the 12th of October, we have the presentation of prizes, award of National Diploma, Higher National Diploma and conferment of honours and fellowship awards, to some prominent Nigerians.

“We want to put it on record that the 2018/2019 academic session ended successfully and all results are out. We want to also let the graduands know that all certificates for these sessions are ready for collection. We hope on that day, by the grace of God, that these certificates will be distributed to the graduands,” Prof. Chiemeke said.

The Rector, who was with some of the principal officers of the polytechnic at the press briefing, noted that the Institution has improved tremendously since her assumption in office, pointing out that the critical achievements were in line with her vision of elevating the polytechnic to a 21st century institution in terms of computerization.

She said:”We have computerized all the systems and operations, particularly the registration. We have a working portal where we have all our students’ records intact. We have also computerized the bursary processes which are being completed. Training is ongoing to be able to enhance productivity and professionalism of both the staff and student.”

Prof Chiemeke further stated that current programmes of the polytechnic are being offered in five schools to include; the school of business studies, school of fine and applied arts, school of engineering, school of general studies and school of applied sciences, adding that the five schools are with twenty six departments.

“Some of Our programmes are fully accredited and some are about to face real visitation after accreditation. Emphasis has equally been placed on Staff training and development through TETFUND sponsorship and also through our internally generated revenue, IGR,” she said, even as she noted some of the major achievements from students of the Institution recently.

“One of our graduands was given a Federal National Award for good performances during the NYSC in 2019 and also out of the 27 Federal scholarship Awardees given to Delta State, 23 are from Delta State Polytechnic, Ogwashi-Uku,” the Rector revealed.

On infrastructural development in the polytechnic, Prof. Stella Chiemeke at the press briefing, said that her administration has established a Staff School geared towards assisting the staff in terms of training of their children within the Polytechnic environment, saying that the action has helped in no small measure to reducing the risk of moving their children to Asaba for schooling.

She equally noted that the establishment of the Staff School has helped in staff welfare as well as in the creation of Job opportunities for some Deltans and while confirming that the Polytechnic in the period under review, has been able to put up a male and female hostels that are fully equipped and functional, added that the hostels have been able to alleviate the accommodation problems being faced by students of the Institution.

“We have the ongoing construction of the staff building that is currently being sponsored from our internally generated revenue, IGR and we also have the introduction of the six months certificate programme in Hospitality and Tourism, to be able to assist those that are around the community.

“Efforts are also being made in improving the security on campus, maintaining good working relationship between staff and students and law enforcement agents in the community. The security personnel are fully equipped and they also maintain law and order in the Polytechnic,” the Rector stated, even as she used the opportunity of the briefing to invite parents of graduating students, Staff, Students and Deltans to the 2nd Combined Convocation Ceremony of the Delta State Polytechnic Ogwashi-Uku.

“We hope to see most especially our Royal Fathers, our entire invited guests and the community at large,” she said.. 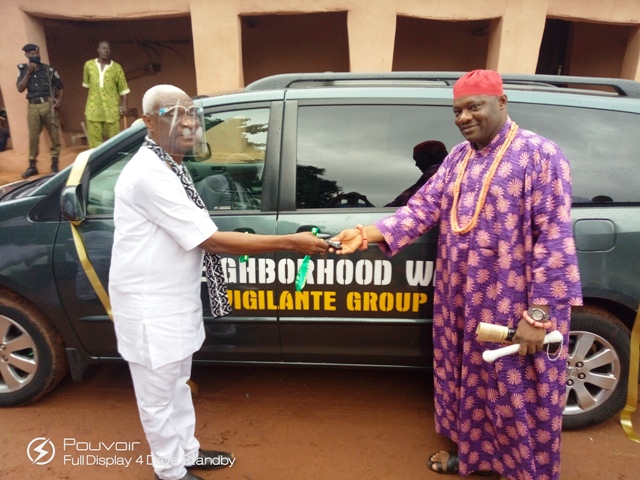