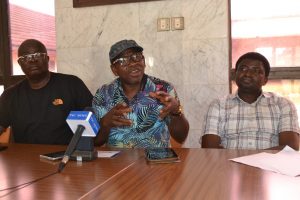 The Historical Society of Nigeria (HSN) has called on the National Assembly to make a legislation without further delay to return history as a subject taught in Nigerian schools.

The society made the call today, Friday, October 04, 2019, at a press briefing to announce that it will be holding its 64th conference in Asaba, Delta State capital from Sunday, October 6th, 2019 to Wednesday, October 9th, 2019, with the theme “Building the Nigerian Nation Since 1914: Motion, Movement and Actors.”

HSN President, Prof. Okpeh O. Okpeh, flanked by the Vice President Prof. Sam. Aghalino, who is also the chairman, conference planning committee, and Dr. Dave Imbua, assistant secretary, told journalists that it was greatly to the disadvantage of the country that history was removed from the schools’ curriculum.

He hinted however, that the effort of HSN which fought a long battle has paid off with an executive policy statement directing the return of history to schools in Nigeria.

He said: “We are saying that in addition to a policy statement directing that history be returned to the schools’ curriculum, we want a legislation to back up that policy statement and make history compulsory all through our educational system.”

He lamented that for three decades when history was removed from the curriculum of schools, thereby raising concern that a generation of Nigerians passed through the educational system without the knowledge of their own history.

Prof. Okpeh said the Asaba conference of HSN was important because it is the first time the society will hold its conference outside the ivory tower, pointing out that the decision was well placed. “we want to use this conference to bring to the fore the burning issues affecting Nigeria. We know that all is not well with this country. We want to throw our weight on the debate about Nigeria, and we are interested in interrogating the history of Nigeria, because they way the country has been managed, it cannot continue that way,” Okpeh said.

He announced that about 400 scholars will be attending the conference and that at the end of the debates, a communiqué will be issued to point to the way that the country must take in order to understand her present predicament and find lasting solution to it.

“Our people need to know how Nigeria came about. You want to look at the issues affecting this nation without putting into the picture the body that has in its custody the history of Nigeria. We are trying to get the National Assembly to make a law returning history to the schools. Everybody needs a deep sense of history in order to understand how we came to be, and where we are,” Prof. Okpeh said.

Contributing, the HSN Vice President, Prof. Sam Aghalino hinted that the group was holding its conference outside the university system because it decided that it was time it stopped talking to itself, but to reach out to engage the public and tell them about the past. “We need the media to help in this campaign because a nation without history is a rudderless ship,” Aghalino said.

Answering Reporters’ questions, the HSN executives stated that as Nigerians “we need to understand our differences. Nigeria is almost six decades going; we need to know how we have related; how we can anchor our contemporary challenges.”

On whether there are contemporary history books for the students should a law be made soon, Prof. Okpeh said: A crack team of historians across the geo-political zones have produced history books based on the approved syllabus of the government.”

In his contribution, Prof Aghalino said: “The history that we teach is history for nation building. And this professional history is guided by facts and evidence before us.” 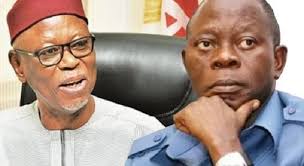