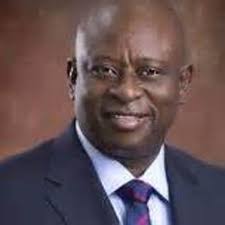 Justice (Mrs) Sybil Gbagi, wife of former Minister for Education (State), Olorogun Kenneth Gbagi, who is chair, Board of Trustees of Gbagi Foundation, presented a N6 million bank draft for the take-off of the scheme at the first convocation ceremony of the institution, today (Saturday) to the Vice Chancellor, Prof Timothy Olagbemiro at Kiagbodo.

“Ughelli South, home local government area of Gbagi will be entitled to 50 slots for a total of 50 students, Delta Central, South and North senatorial district will have 50 slots each for a total of 150 students

Commending the Chancellor and Founder of the university, Chief Edwin Clark on whose impeccable ideals Gbagi Foundation Support Fund for Edwin Clark University’ anchors, she stated that as Minister, Olorogun Gbagi “was very instrumental to the revolutionary wave that swept across the Nigerian education sector at the time.”

“Prompted by his passion, visionary leadership and high premium for qualitative education as a Minister, Olorogun Kenneth Gbagi single-handedly pushed for the establishment of over 13 Universities, Polytechnics, Colleges of Education and several Secondary Schools across the country, a feat unheard of in the entire history of Nigeria and to which this great institution is a beneficiary today,” she said.

Justice Gbagi revealed that Olorogun Gbagi, who is not only a member of the Board of Trustees of Edwin Clark University, but also a son of Senator Clark, “has through the Gbagi Foundation, sponsored and still continues to sponsor Deltans particularly, and Nigerians generally, at different levels and strata of learning within and outside the country.”

Her words, “The Gbagi Foundation in furtherance of his resolve to change the narrative for the better, has established an Educational Trust Fund to be hereinafter known and referred to as ‘The Gbagi Foundation’s Support Fund for Edwin Clark University’ for 500 (Five Hundred) Nigerians and in demonstration of its commitment to this philanthropic gesture.”

“Attached herewith is a draft to the tune of N6, 000,000.00 (Six Million Naira) issued by the Gbagi Foundation in favour of Edwin Clark University, Kiagbodo.

“In the actualization and effective utilization of this Fund, the Foundation will liaise with the Vice Chancellor, the University’s Accountant and/or other such nominees of the University and my humble self to formulate and implement a workable action plan for effective implementation,” she added.

“Similarly, and on behalf of the Gbagi Foundation, I present to you, these two (2) documents detailing the Structure of the Trust Fund, the states of the federation of Nigeria constituting the catchment area entitled to this fund.

Vice chancellor, Olagbemiro, who received the bank draft urged successful Nigerians to imitate the philanthropic gesture of Olorogun Gbagi in contributing to sustainable development of education and the teeming Nigerian youths.

He commended Olorogun Gbagi for his philanthropy, especially towards the course of education, the youths and the underprivileged.

Olagbemiro assured that the institution would use the fund judiciously.