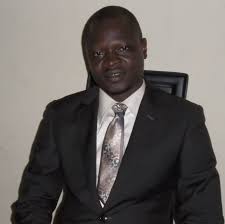 The Delta State Government has commenced the 2018/2019 Academic session bursary payment to student of Delta State origin studying in various institutions of higher learning in Nigeria.

The Executive Secretary of the Delta State Bursary and Scholarship Board, Mr. Sunny Orishedere, disclosed this on Tuesday, November 12, 2019 while flagging off the payment in his office in Asaba.

Orishedere stated that it had become a tradition for the board to perform the formal flag-off ceremony, to commence the payment of the bursary to Delta State students.

He however apologized on the delay in the commencement of the payment, saying it was due to irregularities discovered during verification and screening of the lists sent to the board by the various institutions of learning across the country.

According to the Executive Secretary, the report of the verification was submitted to the State Executive Council (SEC), and that upon approval by the SEC, part of the funds were released last week to commence payment.

He stated that Governor Okowa was very much interested and passionate about the welfare of Delta State Students, assuring that all students qualified for the payment would be paid accordingly.

Mr Orishedere pointed out that Delta was the only state in the country still maintaining the full payment of bursary, adding that it had also initiated other scholarship programmes such as the best graduating student and first class scholarship to encourage and assist students.

Mr Orishedere revealed that the board had been fully digitalized in line with the CBN directive and the appropriate staff had also been trained on the procedures, saying payment would be done on first come, first serve basis, adding that student whose institutions were cleared earlier would receive their payment first.

Comrade Godwin solicited the assistance of the state government in addressing some of the challenges facing the association.