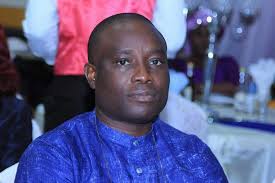 Worried by the challenge posed by the relegation of hard work in the civil service, a call has been made for the revival of the culture in the service.

Former Head of Service of Delta State, Sir Okey Ofili, MNI, made the call on Saturday, November 23, 2019 while delivering the Ogidi-Gbegbaje inaugural lecture series, put together by a committee of friends to commemorate the 55th birthday anniversary of the Permanent Secretary, Directorate of Government House and Protocol, Dr. Edwin Ogidi-Gbegbaje.

Okey, who looked at hard work not in the strict dictionary definition of the word ‘hard’ as firmness, rigidity, tough, not soft or smooth, difficult to accomplish, risky, but as a fine personal quality trait that is desirable in all human endeavours, posited that man’s survival is dependent on hard work as anything to the contrary is to live in self-deceit.

Pointing out that hard work is a highly cherished virtue in the civil service; he observed however, that the service is currently facing the challenge of institutionalizing the culture, as a result of which hard work as an essence has been on the downward trend in the service in recent years.

“The culture of hard work must be implanted in the civil service to push away the thought process of ‘smartness’, which involves cutting corners, cheating, fraud, truancy, mediocrity and other negative attitudes and qualities,” Ofili said.

He admonished that in relating with the bosses, colleagues and subordinates, the civil servant should aim at developing a style that gets him or her to be noticed for good and be very competent in their job performance. “Avoid being that senior officer when it comes to performance of the job, your bosses rely more on your subordinates. Take interest in your job, be diligent, honest and forthright all of which are the result of hard work. Let your bosses know that you can always hold the fort in their absence, your colleagues regard and respect your diligence and your subordinates are inspired working with you because they are always learning from you,” Ofili said.

At the well attended event which held at the Orchid Hotel, DBS Road, Asaba, he called attention to some untoward developments that are noticed in the civil service and which have hindered the development of the culture of hard work. Ofilim said: “In her book “In Civil Servicde (Memoirs), Chief (Mrs.) Grace Ekpiwrhe, retired Head of Service observed inter alia at page 115 thereof thus;
“The civil service that I joined in 1972 was quite formal, anonymous and highly respected. We took the ethics of the civil service seriously and above all we were in love with our jobs. These days so much of what are held up as the exemplar in those days has been eroded. Nowadays, one hears junior officers calling one ‘Mummy’, ‘Daddy’, ‘Uncle’, ‘Aunty’, and so on. This tendency borders on over familiarity which is gradually eating up the formality for which the civil service of old was known.”
Okey also quoted Dr. Esther Uduehi, retired permanent secretary in her book “Civil Service Policy”, at page 105 and 106 and stated: “One other area in the organization of the service and morale which deserves special mention is, perhaps, the process of promotion. The service places excessive premium on senority to the detriment of efficiency in matters of promotion. As a result, it is not uncommon to find officers who merely sit and watch the time for 3:30pm (4:00pm) to go home and get promotion merely because their names and numbers come before those that are hard working, efficient and conscientious officers on the seniority list … Most of the annual evaluation reports are unreliable instruments… As Adedeji points out, basing promotion more on seniority has placed premium on mediocrity and conformity rather than on intellectual brilliance, initiative and resourcefulness… Generally, it must be stated that the civil service lacks an effective and adequate reward system that should be expected of a result oriented organization… such reward packages as salary bonuses, long service award, citations, prizes and scholarship which have been used to achieve result in the private sector are absent in the civil service.”

For Okey therefore, there can be no argument about the relevance of working out an effective reward system for hard work in the civil service. “If we do nothing and fold our hands the cry for instilling the culture of discipline in the civil service might end up mere words, words and words. I just submit that rewarding hard work in the civil service is the way to go and it would require a critical look at structure, processes, and procedures of the civil service,” he said.
He proffered the following as suggestions for rewarding hard work in the civil service:
• Overlapping of functions and duties in the civil service should be critically examined so that there would be clearly defined job description/schedules, realistic timelines set to achieve goals and every officer accountable for issues written his/her purview;
• Besides annual performance evaluation reports, the examination element for promotions should be given a higher weighting such that promotions to certain grades at the senior management level will be dependent on performance examination;
• A conscious effort should now begin at identifying a core hard working officers at the level of the meeting of the Head of Service and permanent secretaries and such identified officers at the end of the year should be eligible for one form of recognition, monetary or in kind;
• Instilling the culture of hard work and encouraging same will require a stricter enforcement of discipline, so that the name calling which conscientious officers are given by their lazy colleagues who deserve to be disciplined would abate; and
• Suggestion boxes should be introduced in all ministries/Departments /Agencies with a well-articulated template to enable the top echelon of the civil service get adequate and sincere report on the conduct of their staff in their interactions with the public. If well managed, there will be a noticeable improvement in overall performance.

Okey noted that hard work is a necessary attribute for success in life and achievement of organizational goals, pointed out however, that where practices and procedures seem to be prejudicial to hard work, there is a serious need for a rethink. “It is not healthy to treat both hard working and lazy officers alike,” he said, adding “finally, there is no denying the fact that there are hard working officers in the civil service. We must identify them; reward them accordingly for the good of the civil service as well as the progress and development of our state.”

At the lecture which original theme was “The Hallmark of Hard work,” but Sir Okey pleaded with the audience to centre it on “Rewarding hard work in the civil service”, the lecturer paid glowing tribute to the person of the celebrant, saying that Edwin Ogidi-Gbegbaje is a quintessential civil servant that used public office to touch lives positively by being humble, diligent and very professional in the performance of his duties.

The celebrant speaking to journalists said he preferred the celebration of his 55th birthday anniversary through giving a lecture rather than going partying.

Ogidi-Gbegbaje acknowledged that behind his success in the civil service was God. “It is by the special grace of God that I became a permanent secretary,” he said, adding: “ Hard work doesn’t kill, it makes you tough and strong; it prepares you for tomorrow.” 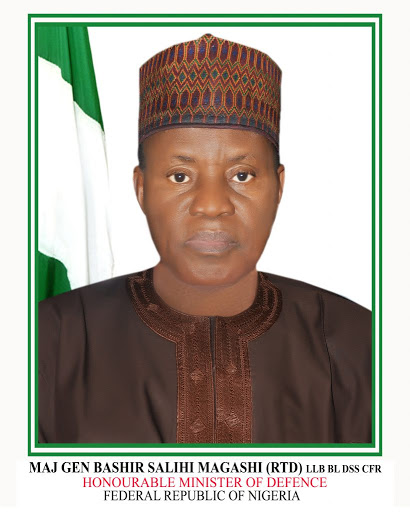 Stephanie Otobo: I was paid to blackmail Pastor Suleman