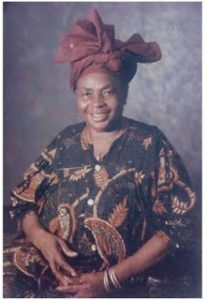 Late Mrs Timi is mother of Dr. Timi Tonye, Consutltant on Education to Delta State Government and immediate past representative of Patani Constituency in Delta House of Assembly.

The deceased, who hailed from Orouware Quarters, Patani, was married to late Pa Alari Timi of Asidemi Quarters, Abari, both in Patani Local Government Area of the s tate, died on November 15 after a brief illness. She was 88 years.

In a statement by his Chief Press Secretary, Mr Olisa Ifeajika, on Wednesday in Asaba, Okowa commiserated with the Timi family, the people of Orouware and Asidemi quarters of Patani and Abari communities over the passing of their matriarch.

He said that the departed Mrs Timi was a respected community leader and trader, who excelled in raising her children to be successful in life.

The governor described her as “loving and caring mother” whose contributions to the society would be long remembered, especially by her immediate community.

“On behalf of the government and people of Delta, I mourn the passing of a good Christian mother, late Mrs Idowu Timi.

“The news of her death came to me as a shock and I send my heartfelt condolences to the family, the people of Orouware and Asidemi quarters in Patani and Abari towns over the passing of this beloved and caring mother.

“She was a loving mother who sacrificed a lot to make her children attain the success they now enjoy today,” he said.

Okowa prayed God to accept the deceased’s soul and grant fortitude to the family and friends she left to bear the loss.

Receive Christ into your life, reconcile with God, Okowa preaches at carols