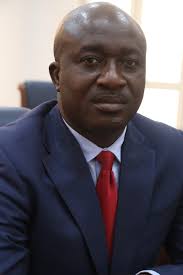 A hard time awaits principals and school heads who engage in collecting illegal levies in public primary and post-primary schools in Delta, as the state government has frowned at the continued reported cases of collection of such illegal levies

Making the stance of government known in Asaba today, Wednesday (04/12/2019), the Commissioner for Basic and Secondary Education, Chief Patrick Ukah, said that the state government has zero tolerance for illegal levies stressing that any Principal or School Head caught in the act will be made to face the full wrath of the law.

He advised parents not to be encouraging the collection of illegal levies by paying such money, but should resist it and report such erring Principal or School Head to the appropriate authority for necessary action.

Ukah warned Principals and School Heads involved in the ignoble act to retrace their steps and turn a new leaf as any of them that collects a kobo more than the approved levies will be sanctioned appropriately.

Ukah stated that even if the Parents’ Teachers’ Associations (PTAs) of schools are to do any intervention in any school, such decision must be taken during a general meeting of the body where the parents will agree on a particular amount to be paid.

Going further, he said that the money collected should be paid into the account of the PTA whose executive officers are expected to disburse the funds to meet the objective for which it was agreed on.

He said that any Principal or School Head that collects any amount more than the approved levies will be treated as a violator of the law.