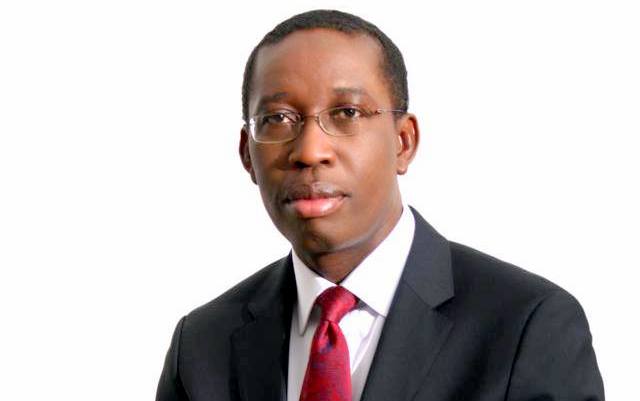 Delta Governor, Dr Ifeanyi Okowa, has waded into the crisis between Shell Petroleum Development Company’s (SPDC) Beniseide Flow station and Ojobo community in Burutu Local Government Area, thereby creating opportunity for the return of normalcy to operations of the company..

The governor’s team, which was led by the Commissioner for Oil and Gas, Mr Emmanuel Angbaduba, met representatives of Shell and the community at Government House Annex, Warri, on Friday and appealed to them to embrace peace in the interest of development.

The commissioner presented Okowa’s message commending both parties for agreeing to resolve the impasse that temporarily halted the company’s operations in the area, and assured that another meeting would hold among the stakeholders in January, 2020, for a Global Memorandum of Understanding (GMOU) on the issue.

The governor also directed that while the process for the community inter-dependence electricfication project was on, a generating plant to cater for the electricity needs of the community should be made available in the interim.

The governor said: “My administration is committed to providing enabling environment for companies to operate.

“We are, however, not comfortable with the rising cases of disagreement between oil firms and their host communities.

“As a result, I am appealing that whenever there is a problem, stakeholders should come together, put the issues on the table and find a proper solution to them.

“This administration is strongly concerned about the interest of all Deltans, so is the production of oil and gas that generates revenue for the government to deliver on our manifesto to Deltans.”

He announced that SPDC had agreed to grant the demands of the community that ranged from building a workshop for training the youths in skills, electrification of Ojobo (Gas Turbine), sense of belonging, to release of GMoU funds, rejuvenation of abandoned projects and issues of social inclusion.

According to him, work is expected to resume on Friday at the Beniseide flow station operated by SPDC, which was shut down eight days ago following the host community’s disagreement on a number of issues with their tenant.

Earlier, Chairman of Ojobo community, Prince Doubra Baro, had pleaded with the governor to prevail on SPDC to urgently settle issues that led to the face-off, adding that the community had not benefited from the company’s operations in the area.

“Ojobo community has agreed to give peace a chance because of the respect we have for our Governor, Senator Ifeanyi Okowa, whom God has used to bring joy to the people of Burutu and Delta Ijaw.”

SPDC’s Community Interface Coordinator, Jerry Udjor, while appreciating the state government’s intervention, appealed to the community to sheathe its sword, assuring that both parties would work together to ensure peace and development of the area.

The meeting was attended by the member representing Burutu constituency II and Chairman, House of Assembly Committee on Oil and Gas, Mr Pullah Ekpotuayerin, Permanent Secretary, Ministry of Oil and Gas, Mrs Gladys Puegeren, other government officials and representatives of Ojobo community.