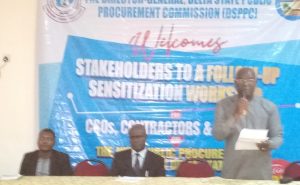 Director General of the Commission, Mr. Joseph Duke Okeze made this known recently at a follow-up sensitization workshop for Civil Society Organisations (CSOs), contractors and the media held at Benizia Hotel, Asaba.

Okeze while acknowledging Governor Ifeanyi Okowa’s policy of participatory governance in the state, said that the Commission recognizes CSOs, contractor and the media as key partners in the implementation of the law, and thus deemed it necessary to equip the stakeholders with relevant information needed to perform their roles effectively.

He announced that a capacity assessment exercise was going on across the MDAs, while Delta State and others across Nigeria are in the process of adopting a shared or common platform for the introduction and practice of e-procurement at the Stat and Federal levels, with the World Bank’s support.

“Having developed the procurement guidelines that will launch the full implementation of the law in the State, we felt the need to invite you all once again, to appraise your knowledge of your respective roles in the implementation of the law, with a view to filling the observed information gaps. That ladies and gentlemen is the objective of this follow-up workshop,” the Director General said, adding: Our mandate is to strengthen processes ensuring that the processes are followed as they should.”

At the interactive meeting that also had a lecture presented by Mr. James Owolabi, the stakeholders pointed out that among the challenges faced in carrying out their monitoring roles is the unimpressive attitude of civil servants. “The civil servants don’t like the role of the CSOs and NGOs in the handling of projects. These government officials seem not to be comfortable and so want to involve the CSOs and NGOs,” a CSO participant observed.

Reacting to the various observations raised by stakeholders at the event, Mr. Okeze urged that CSOs and NGOs should go to bid openings with open mind. “CSOs and NGOs that have interest in any project should feel free to attend,” he said.

He continued: “We even have powers to stop payment for contracts that are not performing; we have a complaints section where people can make their findings and observation known to the Commission for its intervention.

“If anything is missing that you observed in project procurement implementation raise alarm. The Commission has a big role to play in the procurement process; contractors have been advised to submit their bids early and not wait till hours to the close of bid.” 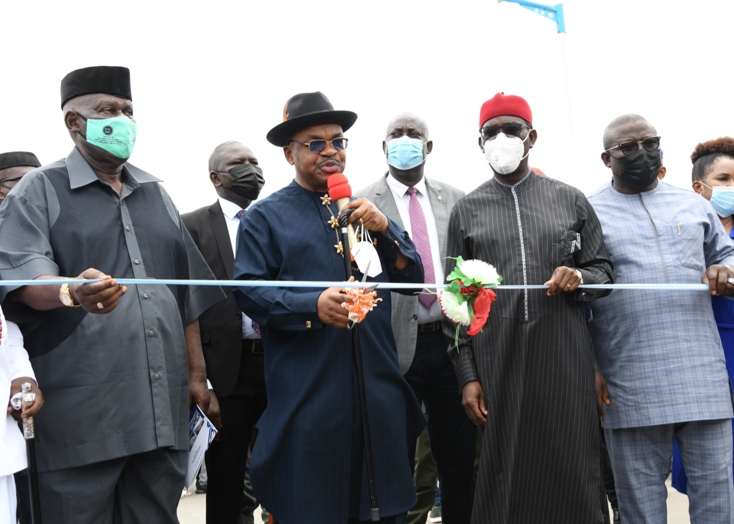