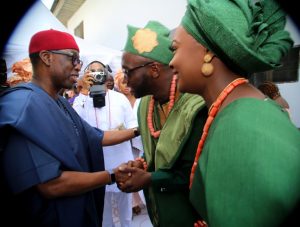 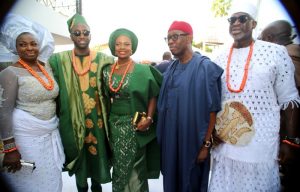 Governor Okowa in a photograph with Chike Ogeah, the bride’s father, his wife Funke and his daughter former Miss Uchenna Ogeah and her husband Mayowa. 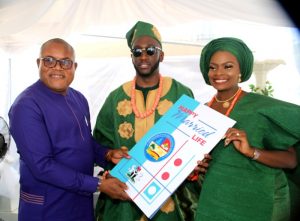