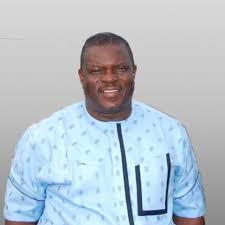 The People of Ukwuani State Constituency, Delta State, and residents of the state have been enjoined to continue to give maximum cooperation to all agencies and departments of governance in the state in order to sustain the level of development and security that is currently being experienced in the state in 2020.

Deputy Speaker, Delta State House of Assembly, Rt. Hon Ochor Christopher Ochor made appeal in his New Year message to members of his constituency, and Deltans, on Tuesday, December 31, 2019.

He thanked the people of Ukwuani for their support throughout the year 2019, especially in the build up to the preparation for the General Election, and the victory that was later obtained at the end of the polls. He reminded the people that the out-gone year was a tough one for everyone, especially as it was a year for election, and with all the stress that goes with such year, but despite the stress, it was also a year of victory for the people of the constituency, as it witnessed a new dawn in governance for them.

He pointed out that year 2020 will be focused in delivering more of his promises to the people of the area, as it was part of his manifestoes to bring governance closer to the people of the constituency, through job placement, and youth and women empowerment. Noting that the first phase of that promise was carried out on 28 December, 2019, when 22 members of the Delta Queens were empowered with working tools, and cash to live their lives.

“While I felicitate with you my good people of Ukwuani, I promise to fulfill more of my promises made during the campaigns in this New Year, as we just witnessed the first phase of such promises with the empowerment of 22 members of the Delta Queens on the 28 of December, 2019.”

Ochor, however, solicited from the people, including Deltans continuous cooperation, with constituted authorities in the state to allow for a seamless flow of development in the area, and the state in general, especially in the area of security and peace, as the state government had instituted different policies that will encourage peaceful existence in the state.

“As we enter the New Year, I have to join other leaders in the state, especially the state government, to ask for patience, and cooperation, be law abiding, so that government policies will be effectively delivered to the people.

“It’s when we work together, dialogue and live in atmosphere of peace and harmony that we can achieve an accelerated development. That is what we want in Ukwuani, and that is what we should expect from everyone living in any part of Delta State.”