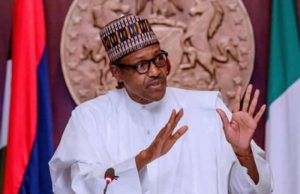 The Asagba of Okpanam, Obi Adimabuah Ozili (JP), has called on governments at all levels to tackle the issue of unemployment and insecurity confronting the society as well as evolve strategies towards enhancing sustainable development.

Ozili, who made call in his palace in Okpanam, Oshimili North Local Government Area while speaking to journalists on his projections and expectations from government in 2020, decried the high rate of unemployment in the Nigeria and Delta State in particular.

He, however, commended Delta State Governor, Senator Ifeanyi Okowa for the unprecedented infrastructural development in the state especially in area of road infrastructure, adding that Okpanam had benefitted from the roads constructed.

The Asagba, who maintained that Governor Okowa had redefined governance in the state, said that roads network in Okpanam Community by his administration would continue to enhance development in the area.
He called on President Muhammadu Buhari to display high sense of leadership by standing on his promise to Nigerians not to contest for 2023 presidential election, saying that it was antithetical to act against the constitution of the country.

While advising youths in the state, particularly those of Okpanam extractions to shun land speculation and embrace skill acquisition for self reliant even as he underscored the strong need for the elders of Okpanam to be responsible in addressing issues facing the community.

While exonerating youths from being responsible for disunity in Okpanam, he urged all the stakeholders in the community to embrace peace and love one another, stressing that peace was needed for more socio-economic growth and development of the community.

Obi Ozili lauded the State Commissioner for Basic and Secondary Education, Chief Patrick Ukah for his uncommon determination and resilience towards the upliftment of Okpanam and called on well-meaning indigenes of the community to fashion out ways of contributing to the growth of the town.