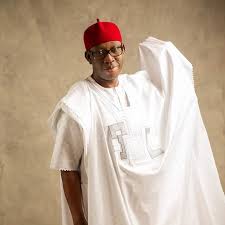 The Minority Leader of the House of Representatives, Hon Ndudi Elumelu has hailed the Supreme Court Judgment affirming the victory of the Governor of Delta State, Senator( Dr.) Ifeanyi Okowa, saying that it is a victory for the people of Delta State.

He recalled that the people of the State across the three Senatorial Zones spoke in one voice when they collectively voted massively for the Governor in the last Governorship election in the state, adding that the victory was sure and obvious.

The Minority Leader in a statement today, Wednesday, December 8, 2020 said that the Supreme Court Judgment victory is an affirmation of the grand wishes of the people of the State and an attestation to the fact that power is being determined by God and not man.

Elumelu said that with the Victory, all forms of distractions have been put to rest, even as he called on every segment of the state to join hands together with the State Governor with a view to moving the State forward in line with the Governor’s Stronger Delta Agenda.

“His Excellency, Senator Dr. Ifeanyi Okowa, our amiable Governor has done very well as the Governor of our dear state. That was why he was massively voted for by the people of the state in the last governorship election. Taking him to the tribunal, to the Appeal Court and Supreme Court by Chief Great Ogboru is just mere distraction and sheer waste of time and resources.

“Now that the Supreme Court has adjudicated on the matter and His Excellency’s election victory affirmed, it is my hope that Ogboru will rest, congratulate the Governor and join hands with him in continuing the transformation that is being witnessed across the State.

“On behalf of my family, the people of Aniocha/Oshimili Federal Constituency and indeed the Minority Caucus of the House of Representatives, I sincerely congratulate you once again, Your Excellency, the Governor, on this auspicious affirmation of your election victory, by the apex court of our land. It is our victory; it is a victory for the people of our dear state. It is by all means the doing of the Lord God Almighty and we shall continue to rejoice in it,” the Minority leader stated.

He then prayed that God, in his infinite Mercy, will continue to use the Governor as an instrument to bring about a Stronger Delta where peace, progress and prosperity will continue to prevail. 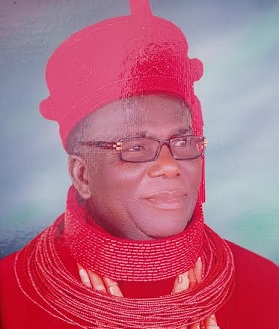 ADP, UPP side with Obasanjo’s letter to Buhari