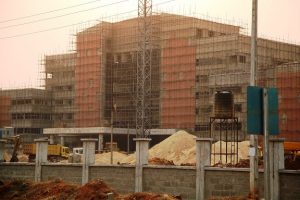 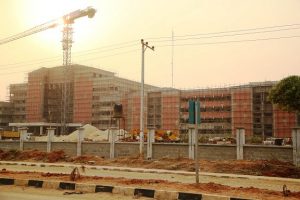 Within three months of the creation of Delta in 1991, the first secretariat complex popularly referred to as ‘Works’ was hurriedly put in place by the then military administrator, Group Captain Luke Ochulor, in Asaba, the capital. The complex barely accommodated the Ministries, Departments and Agencies (MDAs) and the army of public servants relocated from Benin City, the capital of defunct Bendel State, where Delta was carved out from.
Many public offices, including the Government House and Deputy Governor’s quarters, operated in rented apartments, but successive governments headed by late Felix Ibru, Group Captain Ibrahim Kefas (retd), Brig-Gen. Bassey Asuquo (retd), late Col. John Dungs, Navy Captain Walter Feghabor (retd), Chief James Ibori and Dr Emmanuel Uduaghan, who all administered the state between 1994 and 2015, saw to the construction of some office buildings in Asaba to complement the State Secretariat now known as Olorogun Felix Ibru Secretariat, built by the Federal Government to support the new state.

During the period, a Government House was built and the secretariat was extended, but some public establishments remained in rented buildings, a situation that continued to encumber effective delivery of services by MDAs.

Recognizing this deficit and determined to change the narrative, Senator Ifeanyi Okowa, on assumption of office as governor in 2015, conceived the idea of a modern secretariat that will accommodate all MDAs – an integrated complex with the objective of providing an environment conducive for work by public servants in the state under one roof. To the governor, it is only such complex that would provide the public service in the state the tonic needed for seamless discharge of its responsibility in the well-articulated governance pattern of his administration.

The contract for the project was awarded in December, 2016 to North China Construction Nigeria Limited, a Chinese company said to be a grade `A’ firm classified in the same category as Julius Berger Nigeria Limited, but mobilization to site was in November, 2017, and work began pronto.

Three years on, the project, which has developed from obscurity to an imposing and audacious edifice, occupies about 65,000 square metres space along Mariam Babangida Way in Asaba, between Olorogun Felix Ibru Secretariat and its Annex. Its ground floor alone approximates two standard football fields.

Aside being an integrated complex designed to house all MDAs, construction of the secretariat is aimed at reducing wastages and cost of governance as it will save the huge funds currently being spent by government on rent for some MDAs. The savings, of course, will be deployed by the government, to other purposes to boost the state’s economy, flowing from its track of prudent fiscal management.

Interestingly, the project is being funded under Contractor-Financed model, which means that the contractor is using its resources to build the secretariat, while the state will repay under an arrangement agreed by both parties. Adopting this method of funding the project is pragmatic as it gives the state government leverage to deploy freed funds to other needs.

According to Mr Henry Sakpra, Commissioner for Special Duties, who is in charge of the secretariat project, the complex has the capacity to accommodate no less than 27 ministries, agencies, departments and parastatals; it has five clusters – A to E.

“Clusters A and B have four floors; clusters D and E have four floors while cluster C which is the middle structure has seven floors. Two floors on each cluster has a courtyard and will house a ministry, with each floor having elevators and staircases,” he explained.

Sakpra disclosed that raft approach in modern building was deployed for the foundation of the structure and it measured up to 2.7 metres in depth, representing about two times the height of an average man.

He said, “the raft approach will guarantee the sturdiness and integrity of the building as well as guard against any breach or possible collapse. 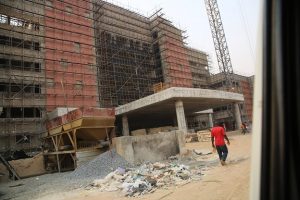 “The complex has facilities for a crèche, a bank as well as a clinic. For instance, if an official comes to work and wants to go to the bank, there will be no need to leave the premises.

“For mothers, there is a place to cater for the needs of their children while they do their work.

“Besides, the complex is designed to reduce paper work in most official dealings as all offices will be able to share information through Information Communication Technology facility that will be deployed in the building.’’

The initial timeline for the completion of the complex was last quarter, 2019, but this was shifted to first quarter, 2020, due to some hiccups in clearing the construction materials at the seaport. Officials claimed that about six months was lost in sorting out the hitches, but assured that the project would be delivered at the new schedule.

Sakpra stated that about 80 per cent of the project had been completed and that work was currently at finishing stages.

“As we speak, there is a frenzy of activities in all the floors, rooms and offices; tiling is ongoing, water installation, landscaping, water treatment and roofing have been completed.

“Work is constantly in progress, seamlessly and without any hindrance. The completion timeline of first quarter of 2020 will be met.

“This building will serve as a one-stop shop for government businesses. It is built to house state facilities and we call it `Intelligence Building’.

“This is because it is going to contain all the facilities needed to make work much easier and by that, improve the efficiency of work for our civil servants and public officers. This secretariat building is first of its kind in the country,” he said.

Already, the quality and magnificence of the complex is attracting attention from residents and visitors to the state – no one passes by that way without beholding the structure. At the recent conference of the National Council on Establishment which comprises Heads of Civil Service of the Federation and in the 36 states, in Asaba, the members, led by the Acting Head of the Civil Service of the Federation, Dr. Folashade Yemi-Esan, took time off their schedule to tour the secretariat project. In her remarks at the end of the tour, an obviously impressed Yemi-Esan said, “this is fantastic, it is marvelous. This type of edifice built as workers’ work place, to the best of my knowledge, is only in Delta.

“It is great and workers in this wonderful building will have no reason not to give their all, their best, to the job. The governor is a gentle and great man and this has been demonstrated in this building.

“He has continued to show his friendly disposition toward the workers in the state.”

Sir Austin Oghenekevwe, a retired civil servant, who claimed to have been attracted to the site by the size of the building, said, “We never had such an edifice when I was in service and it makes me happy to know that we have a governor who is interested in the welfare and wellbeing of civil servants.

“Okowa is indeed, a wonderful man, whose projects and programmes are always people-oriented. We love him and prayed for him as he takes us to a Stronger Delta.’’

Similarly, Mr Chika Odili of the Ministry of Culture and Tourism in the state said “it is certain that the governor is determined to ensure that civil servants receive the best and put in their best by providing a conducive working environment.

“From what I have heard about this secretariat, it will contain a lot of facilities that will make our work a lot easier.”

He commended the governor for his efforts at developing the state and urged him not to relent.

“We can’t wait for this edifice, this gift by the governor to workers, to be opened for use’’ is the running chorus by excited public servants and residents in the state, anxiously waiting for the two months left in the deadline for the completion of the complex. 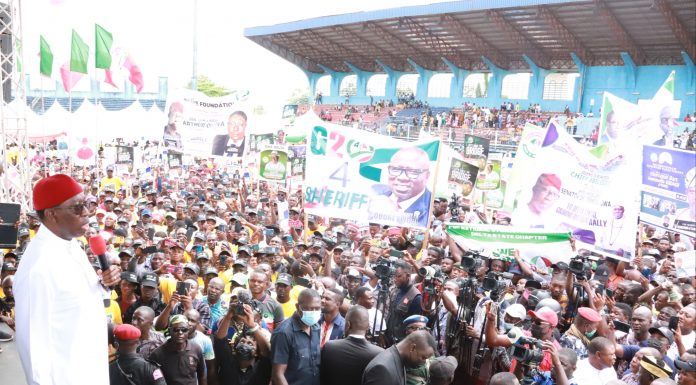