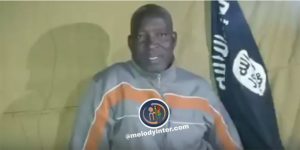 A pastor who made headlines this month after praising God in a ransom video has been executed by alleged Boko Haram militants in Nigeria.

International human rights activists have condemned the killing of Rev. Lawan Andimi, the chairman of the Christian Association of Nigeria’s chapter in the Michika Local Government Area of Adamawa State.

Andimi was declared missing on Jan. 3 following a raid by the Islamic extremist group in Michika. Video posted online appeared to show Andimi being forced into a vehicle by his captors.

Days later, Andimi was seen in a video released by his captors calling on fellow Christian leaders and state government officials to secure his release.

Despite the situation, Andimi said in the video that he was not discouraged because “all conditions that one finds himself is in the hand of God.”

“By the grace of God, I will be together with my wife and my children and all my colleagues,” he said. “If the opportunity has not been granted, maybe it is the will of God.”

On Monday, local sources disclosed to ministry partners in the United States that Andimi was murdered.

A source told the U.S.-based nongovernmental organization Save the Persecuted Christians that Andimi’s family was notified about the pastor’s death by the CAN office in the Adamawa state on Monday.

“They have slaughtered him in Sambisa forest,” a source told Save the Persecuted Christians, according to the nonprofit’s Executive Director Dede Laugesen. “They murdered him because he refused to renounce his faith. And because they couldn’t raise the money for his ransom.”
The local source, whose name could not be revealed for security reasons, told Save the Persecuted Christians that Andimi’s captors demanded 2 million euros in exchange for his release. However, the underserved church community was only able to raise 2 million nairas (4,969.88 euros).
Nigerian investigative journalist Ahmed Salkida reported in a tweet that Andimi was beheaded Monday afternoon. Salkida wrote that he obtained a video of the execution and informed authorities.
CAN spokesperson Bayo Oladeji told the International Centre for Investigative Reporting that the interdenominational umbrella organization plans to release an official statement on Andimi’s execution.
“It is pathetic and painful to learn that such a gentleman could be killed like a ram,” Oladeji was quoted as saying.

Andimi was not the only Christian leader reported to have been killed in Adamawa state this week.
Pastor Denis Bagauri of the Lutheran Church of Nigeria, a well-known political advocate for Christians, was reportedly killed by unknown gunmen in his home in the Nassarawo Jereng of Mayobelwa Local Government Area of Adamawa State Sunday night, according to The Daily Post.
Additionally, the Islamic State recently published a new video purporting to show a child soldier killing a Christian man in Nigeria. The child is seen declaring that “[w]e won’t stop until we take revenge for all the blood that was spilled.”
That video follows another video released by the extremist faction last month purporting to show the killing of 11 Christian aid workers in Nigeria.
In January, CAN accused President Muhammadu Buhari-led federal government of not doing enough to ensure that Christians abducted by Boko Haram and Islamic State’s West Africa Province are freed.
The pastors’ killings come as kidnappings and violence carried about by both Boko Haram and ISWAP have increased in recent months.

“The resurgence of both factions of Boko Haram is emblematic of the increasing insecurity in the country, and Nigerian civilians are bearing the brunt of it,” Christian Solidarity Worldwide Chief Executive Merwyn Thomas said in a statement. “In view of the multiplicity of armed nonstate actors currently operating in Nigeria, CSW reiterates that rising levels of insecurity throughout the country constitute a threat to sustainable investment and development.”

Faith McDonnell, the director of religious liberty programs at the U.S.-based think tank Institute on Religion & Democracy, responded to the news of Andimi’s murder by condemning the Nigerian government’s inaction.

“It is obvious that the president of Nigeria will do nothing to stop this without pressure from the West,” she wrote on Facebook. “We need President Trump to appoint a Special Envoy for Nigeria and the region soon.”

Although fewer Christians were killed in Nigeria in 2019, leading nonprofit persecution watchdog group Open Doors USA notes that the decline is due to a change in tactic by Boko Haram to focus more on kidnappings.

“While ISIS may be in retreat in the Middle East, it has found a new and powerful ally in Boko Haram, which is entrenched in northern Nigeria,” said Stephen Enada, the director of the International Committee on Nigeria and a co-partner with Save the Persecuted Christians. “Like Afghanistan, Iraq and Syria before it, an unstable Nigeria is becoming the new breeding ground for Islamist terrorists.”

Enada explained that the ripple effect of the extremist violence in Nigeria “may never be captured in simple statistics.”

“That’s why action is so critical. That, and inaction against these terrorist groups only embolden them to take more extreme actions,” Enada said in a statement. “Therefore, [the]appointment of special envoy to Nigeria and Lake Chad region by the president of the United States will send a signal to terrorists and their enablers that their time is up just like it was in the Middle East region.”

Nigeria ranks as the 12th-worst country in the world when it comes to Christian persecution, according to Open Doors USA’s 2020 World Watch List. 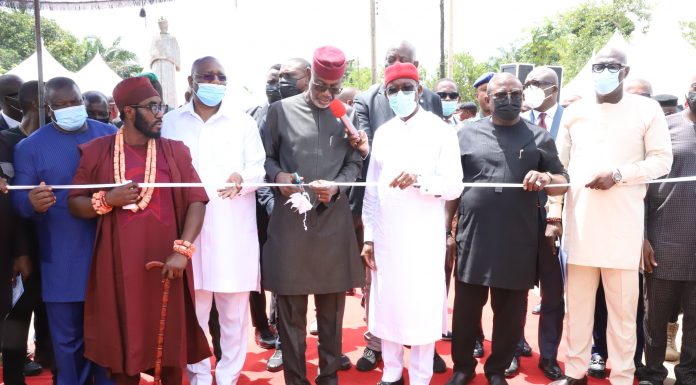 Saraki demands due process in move to try Onnoghen