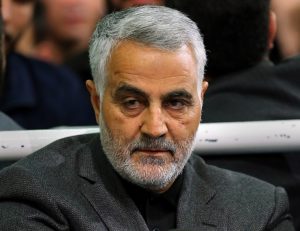 Iranian President Hassan Rouhani pledged “revenge” Friday for the U.S. military strike that killed his top security and intelligence commander, Maj. Gen. Qassem Soleimani, who orchestrated numerous terror plots worldwide and is responsible for the killing of hundreds of American soldiers in Iraq.

Soleimani, who was responsible for the killing of 608 American soldiers in Iraq, arming Hezbollah in Lebanon, and the attack on the U.S. Embassy in Baghdad, was killed along with several officials from Iraqi militias backed by Tehran in a drone strike at Baghdad International Airport that was authorized by Trump. An American MQ-9 Reaper drone fired missiles into a convoy that was leaving the airport.

“Soleimani’s martyrdom will make Iran more decisive to resist America’s expansionism and to defend our Islamic values. With no doubt, Iran and other freedom-seeking countries in the region will take his revenge,” Iranian President Hassan Rouhani said in a statement in response to the death of Soleimani who led the powerful Quds Force of the Islamic Revolutionary Guards Corps.

Soleimani was reportedly the mastermind of nearly every significant operation by Iranian intelligence and military forces over the past two decades. His death comes in the wake of the death of an American contractor in Iraq in late December and the Pentagon said he was planning to take more American lives.
“General Soleimani was actively developing plans to attack American diplomats and service members in Iraq and throughout the region,” the Pentagon said in a statement. “General Soleimani and his Quds Force were responsible for the deaths of hundreds of American and coalition service members and the wounding of thousands more.”

Iran’s supreme leader, Ayatollah Ali Khamenei, issued a statement calling for three days of public mourning and also pledged revenge on the “criminals” who killed his general.
“His departure to God does not end his path or his mission,” the statement said, “but a forceful revenge awaits the criminals who have his blood and the blood of the other martyrs last night on their hands.
As U.S. officials got ready for Iran’s retaliation, Trump declared in a tweet Friday morning “Iran never won a war, but never lost a negotiation!”
He further noted that Soleimani should have been killed “many years ago.”
“General Qassem Soleimani has killed or badly wounded thousands of Americans over an extended period of time, and was plotting to kill many more…but got caught! He was directly and indirectly responsible for the death of millions of people, including the recent large number of PROTESTERS killed in Iran itself. While Iran will never be able to properly admit it, Soleimani was both hated and feared within the country. They are not nearly as saddened as the leaders will let the outside world believe. He should have been taken out many years ago!” Trump wrote in a series of tweets.

U.S. politicians are divided in their opinions about the airstrike.
“Soleimani was responsible for unthinkable violence and world is better off without him. But Congress didn’t authorize and American people don’t want a war with Iran. All steps must now be taken to protect our forces against the almost inevitable escalation and increased risk,” House Intelligence Chairman Adam Schiff, D-Calif., said in a statement.

Republican Sen. Lindsey Graham, who says he was briefed about the drone strike while visiting President Trump at his Florida golf resort, praised the “decisive” action taken to “foil a plot directed at American personnel.”

“President @realDonaldTrump took decisive, preemptive action to foil a plot directed at American personnel. As to what happens next: It should be clear to Iran that President Trump will not sit idly by if our people and interests are threatened,” Graham said in a statement on Twitter.

Lt. Col. James Carafano, vice president for The Heritage Foundation’s Davis Institute for National Security and Foreign Policy, also praised Soleimani’s killing in a statement to The Christian Post.
“The reported deaths of Iranian General Qassem Suleimani and the Iraqi commander of the militia that killed an American last week was a bold and decisive military action made possible by excellent intelligence and the courage of America’s service members. The Islamic Revolutionary Guard Corps, led by Suleimani, was responsible for the deaths of more than 600 Americans in Iraq between 2003-2011, and countless more injured. … His death is a huge loss for Iran’s regime and its Iraqi proxies, and a major operational and psychological victory for the United States,” Carafano said.

“Going forward, the Trump administration must keep its maximum pressure strategy in place. What the administration must offer now is firm diplomacy backed by the continuing, credible threat of the use of military force. President Trump has wisely shown that he will act with the full powers of his office when American interests are threatened, and the extremist regime in Tehran would be wise to take notice,” he added.

In the meantime, the State Department also urged Americans to leave Iraq Friday in the wake of Soleimani’s death.
“Due to heightened tensions in Iraq and the region, we urge U.S. citizens to depart Iraq immediately. Due to Iranian-backed militia attacks at the U.S. Embassy compound, all consular operations are suspended. U.S. citizens should not approach the Embassy,” the agency said in a security alert on Twitter.

Officials in New York City and Los Angeles also ramped up security after the airstrike. 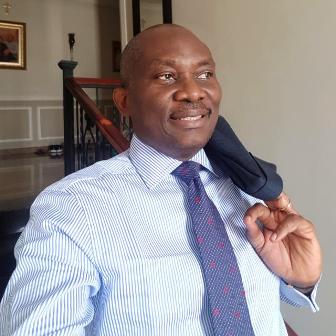