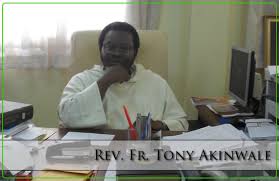 Sola scriptura—the Bible alone! That was one of the principles of the Reformation according to Martin Luther. Presupposed in that principle is that all there is to be taught and known about Christianity, all there is to be believed, and all that is to be practiced by Christians are contained in the Bible. In other words, the Bible is self-sufficient.

There is no doubt that the Bible teaches us a lot about Christianity. But the Bible does not teach us everything about Christianity. The Bible contains the word of God. But the word of God is not contained by the Bible because, as we learn from the Prologue of John’s Gospel, the word is God himself. God cannot be contained by, that is, limited to a book. Not even the Bible. For this reason, no one can understand Christianity by reading the Bible alone. Whoever wishes to understand Christianity would need to study history of early Christianity. Negligence or ignorance of history is a problem created by the Reformation principle of sola Scriptura. This ignorance combines with Biblical positivism and finds an expression in the gratuitous declaration by Pastor Olukoya of the Mountain of Fire and Miracles that the celebration of Christmas is a pagan practice.

History teaches us that the celebration of Christmas began during the fourth century. The earliest available documented reference to Christmas was by the Chronographer of 354 who noted December 25 as “Birthday of the Unconquered Sun” (Natalis Invicti). At the beginning of his list of martyrs’ anniversaries, a list drawn up in 336, he noted: “December 25: Christ was born in Bethlehem”.

If the list was compiled in 336, the first celebration of Christmas at Rome could be dated the beginning of the 330s. Until then, early Christians observed one feast, and that was the Day of Christ the Lord, the day we call Sunday today. It was a weekly (Sunday) and annual (Easter) celebration of the Passover of the Lord, of his death and resurrection. The celebration on December 25 of his coming in the flesh was initiated to respond to the influence of paganism on early Christians in Rome.

In order to draw Christians away from the pagan feast of the Sun celebrated on December 25, the Church in Rome chose the same December 25, the pagan feast of the Sun, as the day to celebrate the coming of the Son of God. It was to shift attention from paying homage to pagan divinities to paying homage to the Son of God. Pastor Olukoya therefore misrepresents history by confusing the celebration of the birth of the Son of God with the pagan celebration of the Birthday of the Unconquered Sun. It is pathetic that a Christian pastor would so misrepresent the history of Christianity. For if a pastor misrepresents Christianity who then will tell its story?

In order to emphasise the contrast between the Christian celebration of the birth of the Son of God and the pagan celebration of the birthday of the Sun, Augustine, Bishop of Hippo, said in a Christmas sermon he delivered in 412: “This is the birthday of our Lord and Saviour Jesus Christ. It is the anniversary of the day on which Truth sprang out of the earth, and the Day of Day was born to bring light to our day. It is a day we ought to celebrate; let us rejoice and take delight in it” (Sermon 184).

In another Christmas sermon, delivered between 412 and 416, the Bishop of Hippo spoke in the same vein: “When we speak of Christmas, we mean the day on which the Wisdom of God manifested Itself as a speechless babe and the Word of God was heard in the voice of humankind when it cannot yet utter words….

The reader would have noticed Augustine’s frequent reference to Jesus as the Day. I have taken the trouble to quote these words because they show that, for the Bishop of Hippo, and for his contemporaries, what is celebrated on December 25 is the birth of the Eternal Day, not the birth of a Sun that rises and sets. The Eternal Day, the Day of Day, is the Son of God. Not the Sun.

Pastor Olukoya is right to say the word Christmas does not feature in the Bible. However, there are times when the truth is spoken in a way that misleads, and Pastor Olukoya’s declaration is one of such instances. For while it is true that the word “Christmas” is not found in the Bible, it is totally untrue to say the celebration is pagan. What the Pastor has failed to do is to differentiate between what is signified and the name that is used to signify it.

Christmas signifies the incarnation, the coming of the Word of God in the flesh. The incarnation is attested to at the very beginning of the Gospel according to John. This doctrine is central to Christianity. It is about the presence of God among us. It was proclaimed at the Council of Nicaea in 325 when the Council declared that the Son of God is of the same nature as the Father and is God. Christmas is the feast of the incarnation, of the manifestation of God among us in the flesh. Contrary to the charge of paganism levelled by the Pastor, Christmas originated as replacement of a pagan feast.

This controversy points to the sorry state of Christianity in Nigeria.
Here is a country where you can become a pastor without undergoing any theological formation. A rigourous theological formation would involve taking a course, a Level 100 course for that matter, on the history and doctrine of early Christianity. An organized study of patristic texts is absent from virtually all departments of religious studies in our universities. Patrology as a course is not listed in the Benchmark Minimum Academic Standard for teaching Christian Religious Studies in Nigerian universities.

Many preachers today do not even know that patristic texts exist. Yet, not to study them is to shut oneself out of the two millennia of Christian tradition.
Preachers with no knowledge of Biblical languages, and no knowledge of the historical contexts of Biblical texts, casually and habitually misrepresent the word of God before a gullible and uncritical audience, an audience traumatized by Nigeria’s numerous social, political and economic challenges, an audience that would enter into any kind of place called Church. The greatest danger facing Christianity is that the Gospel is seriously undermined by many a Christian preacher. Here in Nigeria, we are yet to fully appreciate the damage that such preachers have inflicted and continue to inflict on the Nigerian psyche.

A pastor is a doctor of souls. No one would want to allow an untrained person masquerading as physician to treat his body. But, sadly, what we witness in contemporary Nigerian religiosity is a case of submitting our souls to untrained preachers, a high rate of pastoral malpractice.

Whereas there is abundant evidence to show that December 25 was adopted and adapted to become a Christian feast, there is no evidence to show that, it was a pagan feast for those early Christians who first celebrated the birth of Christ on December 25. Pastor Olukoya’s denunciation of Christmas amounts to saying it is a pagan feast because it looks like a pagan feast. But it is not in the nature of wise judgments to be based on appearance. Wise judgements are based on evidence.