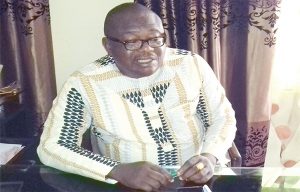 Peoples Democratic Party (APC) in Delta state has accused the APC of “brazen display of ignorance and unbridled hatred for Delta State workers.”

State Publicity Secretary of PDP, Dr. Ifeanyi Osuoza stated this in a statement entitled: “Delta APC does not wish Delta Workers well- PDP,” in response to the opposition party’s criticism of the state government in its handling of the minimum wage for the workers.

Recalling that the joint press conference where the agreement was signed in Asaba on Friday, January 10, 2020, captured the process succinctly, Osuoza stated: “We will not bother to join issues with the APC on the pedestrian cliches and cheap propaganda it has deployed in its obvious intent to whip up unnecessary and unfortunate sentiments, but suffice it to stress clearly here that the labour/government negotiation which eventually culminated in the determination of the new minimum wage for Delta workers, was robust, cordial and conducted in full compliance to the Federal Government Circular, with the overall interest of the Delta State workers as the main concern of all the parties and delegates comprising the leadership and principal officers of both the labour unions and the State government.”

Find below details of the PDP statement.

The Delta State PDP is once again surprised and dismayed by the brazen display of ignorance and unbridled hatred for Delta State workers exhibited in the latest Press statement by the APC Titled: MINIMUM WAGE: YOU HAVE SHORT-CHANGED WORKERS, DELTA APC ACCUSES GOVT, issued on 13th of January, 2020 and authored by Barr. Ogheneluemu Sylvester Imonina,
Publicity Secretary, APC, Delta State.

This press statement not only reflects how ignorant APC is to the processes of negotiation, which is an age-long, established practice in the determination of wages, but it indeed exposes the disdain of the party and betrays the fact that it is not in the least concerned or interested in the welfare of Delta workers and does not wish the hard-working and dedicated workforce in the State well at all.

For the avoidance of doubt, the Delta PDP wants to state categorically that Governor Ifeanyi Okowa had been one of the first Governors in Nigeria to declare openly that the Delta State government will pay the new =N=30,000/= minimum wage to Delta workers and instances where this commitment was affirmed include the May Day celebrations last year and also while receiving the new leadership of the Trade Union Congress, TUC, in the State, amongst others.

Deltans will recall that the Federal Government announced it’s decision to pay the new minimum wage in April 2018, which it had to scale down considerably from the original figure demanded by NLC, after intense and often confrontational negotiations with Labour. However, it was in October that the final modalities on adjustments and percentages were worked out and an official circular was released to that effect for Federal workers. The payment of =N=30, 000/= minimum wage was not negotiable but State NLC Chapters were mandated to negotiate with their governors on the adjustment template for other emoluments, as contained in the Federal Government Circular.

We will not bother to join issues with the APC on the pedestrian cliches and cheap propaganda it has deployed in its obvious intent to whip up unnecessary and unfortunate sentiments, but suffice it to stress clearly here that the labour/government negotiation which eventually culminated in the determination of the new minimum wage for Delta workers, was robust, cordial and conducted in full compliance to the Federal Government Circular, with the overall interest of the Delta State workers as the main concern of all the parties and delegates comprising the leadership and principal officers of both the labour unions and the State government.

The joint press conference where the agreement was signed in Asaba on Friday, January 10, 2020, captured the process succinctly.

Secretary to the Delta State Government, Barr. Chiedu Ebie said:
“From the word go, Governor Ifeanyi Okowa made it clear that his administration will implement the new minimum wage in line with the template received from the Federal Government and so we have not deviated from that; we just needed to agree on the final details which were done courtesy of the negotiations that started sometime in December 2019. The highlights are pretty simple and straight forward and going by the circular we received from the National Salary Based Income and Wages Commission in Abuja which highlighted the new minimum wage and the consequential adjustments, the State government has implemented the same.

Chairman and Chief negotiator of the organised labour, Comrade Goodluck Oforbruku in his own comment, said: “Let me use this opportunity to thank Governor Okowa for keeping to his words and promises. At the end of January 2020, we will receive the new minimum wage with one-month arrears and in the month of February, the remaining arrears will be paid. We want to assure the State government that workers in Delta will continue to support government programs and put in their best to ensure effective delivery of a Stronger Delta.”

Chairman of Trade Union Congress (TUC), Comrade Martins Bolum, also had this to say: “We want to thank Governor Okowa for making it possible for Delta to be among the first States in the whole of South East and South-South to implement the minimum wage. As at yesterday, only five States have implemented and Delta is the 6th State to implement the new minimum wage in the Country; we got positive reactions and encouragement from Delta State workers while the negotiation was on,” he enthused.

The above comments have not only clearly debunked the misguided lie of the APC that the State government reneged on an earlier position, engaged in hanky-panky with some Labour Leaders in Delta State, over the welfare of the civil servants and foisted an agreement of the new minimum wage on Delta civil servants, it has also put paid to the shameless misinformation that there was no consultations and feedback from the membership of the labour unions while the negotiations lasted.

We, therefore, wish to use this medium to heartily commend His Excellency, Senator Ifeanyi Okowa, the Ekwueme of the universe for ensuring that Delta State has now been counted amongst the first States in the country to pay the new minimum wage. It is on record that even when the economic recession was biting at its hardest, Delta was one of only a few States that paid salaries regularly to its workers. Today, in addition to recently employing new people into the burgeoning State civil service and ensuring that Local government workers, teachers, and pensioners are smiling happily again, the State workforce will begin to receive the new minimum wage from this month, which we have been informed, will increase the wage bill in the State by about a whopping N700 million. What an outstanding and impressive achievement indeed.

We also congratulate Delta State workers and applaud them for their trust, understanding and peaceful disposition since the agitations over the new minimum wage commenced to this successful and mutually agreeable conclusion to the negotiations. We enjoin them to remain peaceful and dedicated to their duties even in the face of useless propaganda by ignorant people who do not have their interest and welfare at heart.

Delta State PDP is happy to note that we are partners in progress with Delta workers and we sincerely and deeply appreciate the support and cooperation we have enjoyed from our workers and the leadership of the trade unions in the State over the years. We want to assure you that we will not relent in ensuring that the interest and welfare of our articulate and committed workforce remains a major priority in the delivery of the SMART Agenda and together, we shall continue to pursue our collective objective of building a #StrongerDelta and delivering more prosperity for all Deltans.

PDP, Power to the People!

Rivers State: Dumo Lulu-Briggs gets Accord Party’s guber flag, promises to relive the vision of Rivers founding fathers, says he wants to be known...