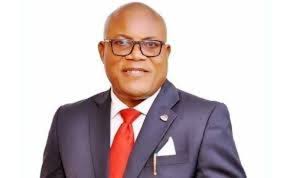 The Delta State Government has commenced the issuance of appointment letters to the ward liaison officers appointed from the three senatorial districts across the state.

The Senior Political Adviser to the Governor, Rt Hon. Solomon Funkekeme, whose office is saddled with the responsibility of coordinating the activities of the affected persons, said the ward liaison officers would function as the ambassadors of the PDP and the Government in their various wards.

According to Rt Hon. Funkekeme, the appointees are expected to propagate and promote the activities and programmes of government, and ensure that government projects cited in their areas were executed to standard and further protected from vandalism.

He therefore implored the appointees to be of good behavior as ambassadors of PDP and the government.

On their part the ward liaison officers expressed appreciation to Governor Ifeanyi Okowa for the appointment and promised to discharge their assigned responsibilities to uphold the honour trust reposed on them.

It will be recalled that over One Thousand Six Hundred (1,600) ward liaison officers were appointed from the Three (3) Senatorial Districts across the State and subsequently inaugurated on the 28th and 29th respectively in October 2019