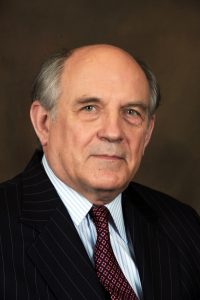 By Brandon Showalter, CP Reporter
Without a religious awakening, the American system of government will not last much longer, according to a renowned political scientist who is not a Christian.

In an interview with Canadian podcaster and pro-life activist Jonathan Van Maren, Charles Murray, a political scientist and author of Coming Apart — an analysis of the widening economic and social disparities in the United States in the last half-century — said he believed that U.S. constitutional government is “dead as a doornail.”

Absent large-scale spiritual renewal, the U.S. might only exist for a few more decades, he said.
Murray holds the F. A. Hayek Emeritus Chair in Cultural Studies at the American Enterprise Institute, a conservative think-tank in Washington, D.C.

The political scientist believes that even those who call themselves conservative now believe things that the American Founders would find scandalous. At present, what is happening in the U.S. is undergoing a preview of what a “post-America” may be, he said.

“You cannot have a free society, a society that allows lots of individual autonomy without some outside force that leads people to control the self,” Murray explained.

The U.S. today is just another powerful, rich nation and the “American way of life” is now “meaningless,” he said.

Murray went to on to say that it would be great if what used to be called a “religious great awakening” would happen again and inspire substantial changes in behavior in the population, particularly if a new upper class joins in the revival of Judeo-Christian traditions. Yet the scholar is not holding out hope that such a thing will happen in the U.S. or in Europe, which is on course to die out culturally. However, he said, neither can ongoing secularization endure.
“I cannot believe that the secularization of society is going to continue indefinitely. We have never had an advanced culture, in the history of the world, that is nearly as secular as contemporary Europe. And I would say that is the test case,” he said.

He added that Americans ought to return to small towns and live “the traditional American way of life” and be active in their communities.

In addition to Coming Apart, Murray is perhaps best known for his scholarship in a 1994 book he co-authored titled, The Bell Curve. His newest book, which was just released, is Human Diversity: The Biology of Gender, Race, and Class.

In 2017, Murray garnered national headlines after he was shouted down and prohibited from speaking by an angry mob of students at Middlebury College, an elite liberal arts college in Vermont. The professor who had invited him, Allison Stanger, was physically assaulted and ended up in a neck brace following the attack. The protests were in part because leftist students considered The Bell Curve to be “white supremacist” because of the way he discusses racial differences in intelligence and the implications of those differences.

As was widely reported at the time, the students who protested his speech chanted: “Racist, sexist, anti-gay, Charles Murray, go away” and “Your message is hatred, we cannot tolerate it.”

There may be no Nigeria by 2023, says Uma Eleazu