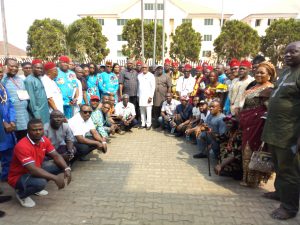 Senior political adviser to the Governor of Delta state, Rt. Hon. Funkekeme Solomon, in white, in a group photograph with members and leaders of the non-indigenes in Delta state of Igbo extraction. 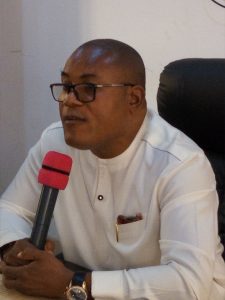 Rt. Hon. Funkekeme Solomon, Senior Plitical Adviser to the Governor of Delta state addressing the non-indigenes of Igbo extraction in the conference room of his office.

The Delta State Government has promised to partner with non-indigenes that are resident in the state to enhance the existing peace and grow the economy of the state.

The Senior Political Adviser to the Governor of Delta State, Rt. Hon. Solomon Funkekeme, gave the assurance Tuesday, February 4th, 2020 when a delegation of Igbo extraction of the State Chapter of Non-Indigenes Association paid him a courtesy visit in his office.

Rt Hon. Funkekeme said that as residents, non-indigenes were critical stakeholders that had contributed to the growth and development of the state.

He acknowledged the support and contributions of the non-indigenes particularly the Igbo extraction before and during the 2019 general elections, stressing that the state government would continue to patronize them in reciprocity.

The senior political adviser frowned at the recent development where the 2019 Christmas gifts that the state government intended for the association were allegedly diverted by persons purporting to represent the group, pointing out that his office was currently investigating the issue.

Funkekeme called for calm among the group promising that under his watch such ugly incident would not recur.

Earlier in their separate remarks, the Coordinators of Delta North and Central Chapters of Non-Indigenes, Chiefs Emordi Ogwu and Tony Okoro Jnr who doubles as the President Igbo Political Union, condemned the activities of Chief Mike Eze whom they accused of diverting the Christmas gifts meant for the association.

The entire group thereafter endorsed Chief Joseph Ikhena, JP, who is the State Chairman of Non-Indigene group as well as member of Delta State Advisory and Peace Building Council to always represent the association in all matters in the state. 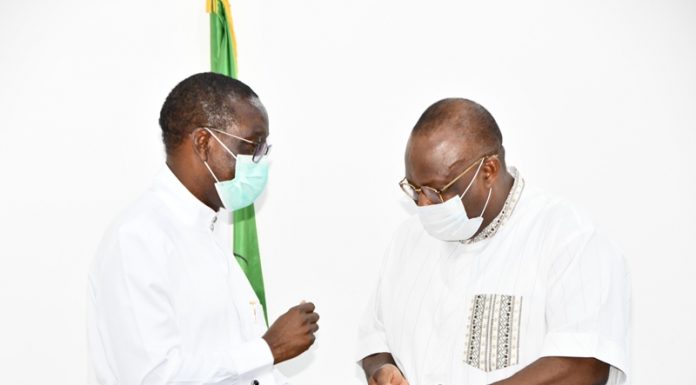