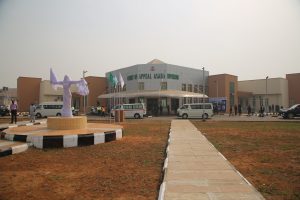 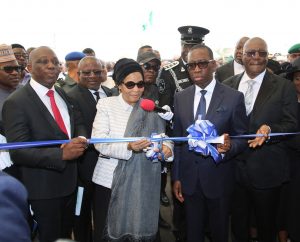 At the ceremony witnessed by Delta State Governor, Senator Ifeanyi Okowa, Bulkachuwa said that establishing the court in Asaba was in line with efforts of the Judiciary in ensuring access to justice and quick dispensation of cases as well as efficient administration of justice.

She said that the court increased the number of its divisions in order to reduce difficulties associated with long distance travels to courts, cost of transportation and delays, adding that each of the divisions was always busy. 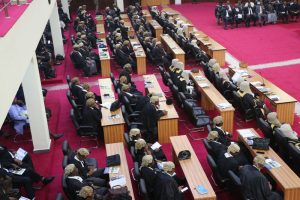 She explained that Benin Division of the court was one of the divisions that covered Delta but was always busy, hence the need for another division in the area.

According to Bulkachuwa, there were numerous requests from the Nigeria Bar Association and the Delta State Government for the Asaba Division of the Court of Appeal to be established which the Chief Judge of Nigeria graciously granted.

She stated that the Court of Appeal “is primarily an appellate court.

“It hears appeal from the Federal High Court, High Court of Federal Capital Territory, Abuja, Sharia Court of Appeal of a state and FCT, competent tribunals that might be established by Act of the National Assembly like Code of Conduct Tribunal and Elections Petition Tribunals.

“At inception in 1976, the Court of Appeal had three divisions namely, Kaduna, Lagos and Enugu and in 1976, the number was increased to five, with the establishment of Benin and Ibadan divisions, and subsequently other divisions were added.’’

The court president commended Okowa for “prompt and result-oriented response which saw to the establishment of the Court of Appeal in Asaba.’’

She also thanked Deltans for creating the enabling environment for the court to be established.

Bulkachuwa assured that the court “will maintain effective presence in Asaba as it is our hope and prayers that this ceremony will provide peaceful and conducive atmosphere to do our duty to all and sundry without fear or favour, affection or ill-will and in accordance with our oath of office.

“It is also my prayer that those who come to us to seek justice will always leave this temple of justice fully satisfied that not only that justice was done but that it will manifestly be seen to have been done.”

In an address, Governor Ifeanyi Okowa said that the inauguration of the court complex was “a thing of great joy and satisfaction of resounding hope and fulfillment for the legal profession and all Deltans.’’

He said it had been a priority of his administration to extend the frontiers of justice administration and bring it closer to the people for the purposes of fairness, equity and timely service delivery.

“The opening of this court today further demonstrates our commitment to the rule of law and social justice. I wish to state that this administration is delighted to have this additional federal presence in our state.

“Aside the Court of Appeal providing speedy access to justice in a cost-effective manner, the presence of such a federal institution enhances the profile of the state, creates jobs and impacts positively on the retail economy.

“It is my expectation that this temple of justice will stand as a beacon of hope for all – the rich and poor, the mighty and the lowly, the powerful and the weak – who seek refuge and protection under the rule of law.

“We have not only added a major federal institution to the public service sector landscape in the state, we are extending the frontiers of justice administration in Nigeria.” He stated.

“When I think of the excitement in the voices of many of our eminent jurists and distinguished legal practitioners as they accepted our invitation to grace this occasion, it dawned on me how much the establishment of this Court means to them”.

“Given by this illustrious background, it is only fitting that the State should have an appellate court, if only in recognition of the many brilliant minds from the State that have contributed and continue to contribute to the growth and development of the legal profession in Nigerian,” Governor Okowa stated.

The Governor said that this is a new page in the unfolding story of justice administration in Nigeria adding that this will greatly advance the common good and social justice of the State.

He reiterated his commitments of signing the financial autonomy bill into law as soon as it get to his office.

The Governor applauded the President of the Court of Appeal, Justice Zainab Bulkachuwa whose vision and tenacity of purpose was critical to making this dream a reality even as he thanked the project coordinator, contractor and staff for their dedication in ensuring that this project was delivered within two months.

Earlier in a welcome address, the Secretary to the State Governor Bar Chiedu Ebie commended the Governor for ensuring that this project is completed and commissioned adding that this will reduced the risk of travelling to Benin Court for Appeal.

The highpoints of the event were the unveiling of the Statute of Justice, inauguration of an e-Library for the Court and its inaugural sitting, presided over by Bulkachuwa.

Justices of the Appeal Court, other judges and top government functionaries including the Minority Leader, House of Representatives, Hon. Ndudi Elumelu, attended the event.