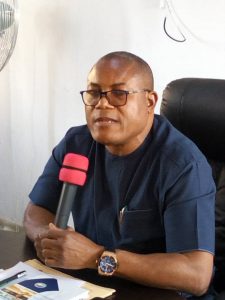 Political support groups that worked for the success of the Peoples Democratic Party (PDP) at the polls have been advised to be patient because the government of Governor Ifeanyi Okowa will not forget them.

The Senior Political Adviser to the governor of delta state, Rt. Hon. Funkekeme Solomon gave the advice on Monday, March 23, 2020 when members of the Okowa Grassroots supporters and Great Okowa Disciples visited him in his office.

Rt. Hon. Solomon recalled that the PDP campaign organization for the 2019 election of which he was director general registered about 100 support groups that worked in partnership with the party during the campaigns, assuring the two groups that he was well aware that they, like other groups worked hard for the PDP.

He announced that upon assumption of office as Senior Political Adviser, a formula has been worked out for the management of support groups.

According to him, the government of Governor Okowa has put in place many youth programmes for the benefit of the youths of the state including job and wealth creation schemes such as the Youth Agricultural Entrepreneurship Programme (YAGEP) and the Skills Training and Entrepreneurship Programme (STEP) among others, all of which are efforts to tackle youth unemployment in the state.

“The governor is passionate about youth development and that is why he has set up many platforms for youths to take advantage of,” Rt. Hon. Solomon said.

“This office is alive to its responsibility, and I am aware of your support effort. I appeal to you to be patient. I am happy that you said you will not take laws into your hand. I am happy and I commend you, and I will inform the governor about this your visit,” the Senior political Adviser said.

Speaking earlier for the two groups, the leader of Okowa Grassroots Supporters, Mr. Taiga Umukoro said that they were in the office of the Senior Political Adviser to express their expectation, pointing out that it is their love for Governor Okowa that is their driving force to work tirelessly for PDP. “We see Okowa not as a local man in Delta, but beyond Delta state,” Umukoro said.