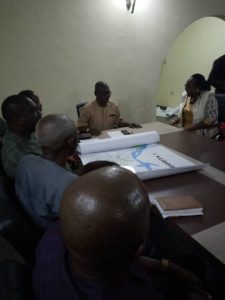 Comrade macaulay with officials of College of Education, Warri during a courtesy call on him.

The Management and Staff of the College of Education, Warri has commended the Director General, Warri/Uvwie and Environs Special Area Development Agency, (WUEDA) Comrade. Ovuozourie Macaulay for given Warri and its environs a decent look.

The commendation came from Provost of the College Prof. Mrs. M.O Edema when she led the management team on a courtesy visit to the DG in Warri.

Edema expressed satisfaction with the level of impact created by the Agency so far noting that Warri and its Environs that have been associated with dirt have now began to wear a new look.

According to her, with the sagacity of the DG and his passion to transform the environment, a legacy of cleanliness and integrated development would be put on ground, that generations to come will know that a man once came to Warri axis to turn the environment around for the better.

“We want to congratulate you on your appointment and also thank you for helping to put our city in good look; environmentally we can say now that we have a city people can come and be pleased with what they see” she said.

The Provost pleaded with the DG to extend the good work to the College by ensuring that the College was properly drained and devoid of the perennial flooding, stressing that the flooding has been a major challenge for the College.

Besides, she solicited the assistance of WUEDA in getting some of the sands being removed from the roads by the Agency across to the College premises to fill some water-logged area that has been pulling down their fences.

In his response, Macaulay who is a former Secretary to the State Government (SSG) enjoined the College to exercise some patience and allow the master drainage project to progress for some months adding that hopefully, the major drain works might resolve the College’s flooding problem.

On the request for sand, he urged the College to liaise with the relevant department of the Agency, and reiterated that “this is the first time a master study has been done to carry out a master drainage plan in the axis; and areas not included in the map cannot be handled now, that will be going out of the contract terms.” 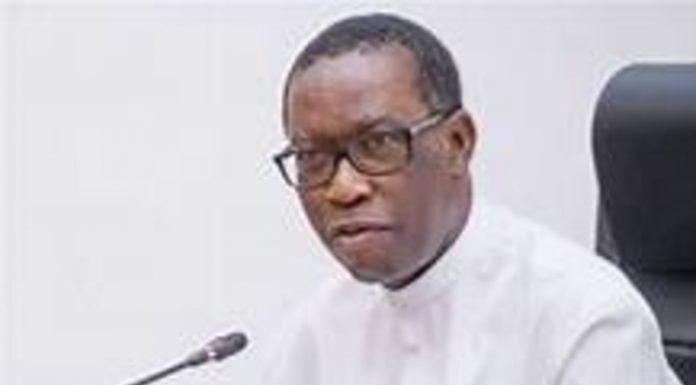