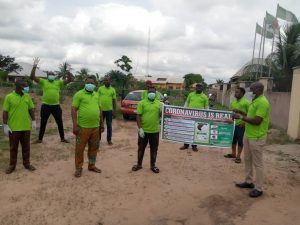 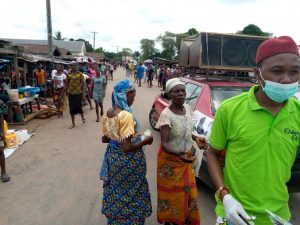 The people of Ukwuani State Constituency, Delta State have been called upon to observe the various safety measures the government had announced to ensure the spread of the coronavirus also known as Covid-19, does not spread to the area, as the virus is real.

The Deputy Speaker, Delta State House of Assembly, Rt Hon Christopher Ochor Ochor, made the call on Friday, March 28, 2020 during the sensitisation campaign his office carried out in the 10 wards of the Local Government Area.

The Deputy Speaker speaking through his Press Secretary, Emmanuel Enebeli and the Senior Special Adviser, Political, Emeke Osemeke, said the basic need to ward off the spread of the infectious virus is to make the people to be aware of the virus, the symptoms and possible prevention methods which the state government and the Nigeria Centre for Disease Control, NCDC, had published for the public to follow.

He called on the people to ensure they keep to the rules like social distancing, cancelling of all planned social engagement for the meantime, regular washing of their hands with soap and water, and being sensitive to their body changes and to call the state emergency numbers provided on the flyers that were distributed.

He further pointed that the campaign was to further strengthen the resolve of the state government to make Deltans aware of the rampaging effect of the virus in the world, and that as a legislator, it beholves on him to ensure that the people from his constituency get the necessary information to be safe and healthy, as the disease is real, adding that the only way is for every member of the constituency to take action to be safe, including their family members.

The campaign which was well received by the people was taken to the 10 wards of the LGA, and some notable areas like the markets in Umuaja, Umutu and Obiaruku communities.

Flyers depicting the messages on how to stay safe and be protected were distributed during the awareness campaign.

Okowa congratulates Oseji on his elevation to the Supreme Court