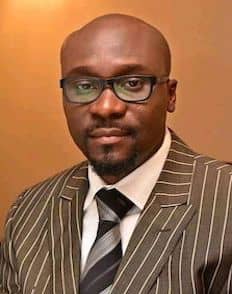 Allegations of high handedness made against the Delta state commissioner for Science and technology Engr. Matthew Tsekiri by his former Special Assistant has been debunked.

A kinsman of the commissioner, Ambassador Anigbobi in a statement debunked the allegation describing it as blackmail, unfounded lies, outright fabrication of stories, all designed to embarrass the commissioner.

Anigbobi said in a statement that the Special Assistant failed to tell the world that he was relieved of his duty because he lacked the intellectual capacity to cope with the demands of the highly technical position.

About six months ago, the Hon. Commissioner, Ministry of Science and Technology, Delta State, Engr. Matthew Tsekiri, appointed a Special Assistant (S.A. ) names withheld to help him in his job in the Ministry.

At a point recently, however, the Commissioner exhausted his patience and decided to relieve him of the burden while exploring another assignment that suits his capacity. As a young graduate with very little exposure, it appears the young man took his disengagement in very bad light, hence his decision to resort to blackmailing the Commissioner through unfounded lies, outright fabrication of stories, all designed to embarrass him. The Hon. Commissioner’s first reaction was that the young man lacked the intellectual depth to pursue a line of calumny of this sort, except perhaps there were some persons behind him who were goading him on to score some cheap political points.

As a Government appointee with a strong passion for youths (male and female) of his community, who have been beneficiaries of his generosity over the years in Uvwie LGA, the Hon. Commissioner had already arranged a new position the former Special Assistant would fill with tasks that were within his capacity to deliver on before his defamatory stories went viral. The Hon. Commissioner has taken this unfortunate incident in his stride and moved on, knowing that blackmail is one of the vocational hazards that every politician would face some day in one’s political journey. The Hon. Commissioner bears no animosity whatsoever towards his former Special Assistant as he believes that his work must go on despite distractions such as this.

Conscience, it is said, is an open wound and only truth can heal it.
Signed:
Ambassador Chris Anigbobi

Soyinka: I need a psychiatrist if I join Obasanjo’s coalition

PRESS STATEMENT: Nigerians will not vote in vain – PDP