The Resident Doctors at the NUJ Press Centre, Asaba

The Association of Resident Doctors (ARD), Federal Medical Centre, Asaba, Delta State have called off the industrial action embarked on yesterday, April 9th, 2020, to protest alleged Police molestation of its members who were on call fighting Covid-19.

The group said it has called its members to resume work with immediate effect, claiming that all its demands had been met and so the need to call off the strike action.

In a statement endorsed by the President of the group, Dr. Osifo Nwabunor and General Secretary, Dr. Asore Oghenevwarhe, they said that arising from an emergency general meeting, where it was observed that all its demands by the police, including the arrest of all offending officers, the Command going on air to apologise and condemn the actions of its officers and replacing all damaged items of the affected doctors had been met and consequently the strike called off.

They also hinted that in view of the current Covid-19 which is ravaging hard in the country and Delta State Government’s lockdown to activities, culminating in intense economic hardships on citizens, the Congress of ARD unanimously agreed to shield their sword and resume duty forthwith.

They however, pledged their unalloyed commitment to rendering effective health services going forward, and in addition supporting Government in the fight against Coronavirus pandemic.

The statement equally commended the Delta State Governor, Senator (Dr.) Ifeanyi Okowa, the Commissioner of Police, CP Hafiz Inuwa, the Management of FMC Asaba headed by the CMD Dr. Victor Osiatuma, the leadership of NMA in the State, the national leadership of ARD and other stakeholders for their efforts at resolving the impasse.

Meanwhile in clear terms, the Association demanded that “No member of the Association of Resident Doctors, FMC Asaba Chapter, should be victimized for participating in the industrial action. 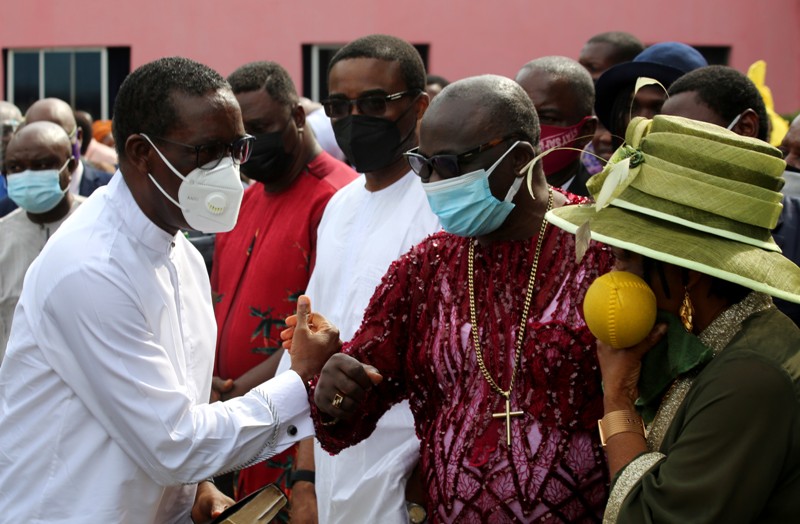