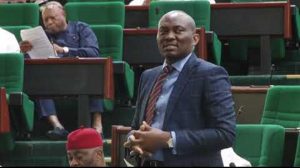 The Minority Caucus of the House of Representatives has rejected the decision of the Federal Government to import Chinese doctors into the country over the deadly COVID-19 pandemic.

The minority Caucus, in a statement issued by its Leader, Hon. Ndudi Elumelu, on Tuesday, April 7th, 2020 warned that bringing in medical personnel from the epicenter of the dreaded disease will expose the nation to further danger.

The caucus specifically asked the Federal Government to immediately rescind its decision and jettison all plans to import doctors from the hotbed of the plague into our country at this critical time.

The lawmakers noted that Nigerian doctors and nurses are doing well so far in managing the scourge, and expressed fears that “bringing in Chinese medical personnel, whose status, intentions and scope cannot be easily ascertained and controlled is totally against our national interest.”

According to Elumelu, the Federal Government should note the apprehensions of Nigerians and professional bodies including the Nigeria Medical Association (NMA) over the decision.

The caucus noted that this is particularly after alleged escalation of the pandemic in certain countries after Chinese doctors were reportedly involved, in addition to widespread trepidations over the safety of medical equipment and kits from China at this point in time.

The Minority leader stressed that at such critical time, the safety and wellbeing of our citizens must be paramount and anything that is capable of further jeopardizing their lives must be avoided.

Elumelu, however, commended Nigerians for their resilience and collaborative effort in fighting the spread of the pandemic in the country.

He urged them to continue to adhere to health safety procedures of personal hygiene and social distancing as well as being their brother’s keepers at this time, while expressing confidence that with the combined effort of all, the nation will defeat the pandemic.

El-Rufai embarrasses Tinubu, kicks him out of APC NEC meeting