By Jeannie Law, Christian Post Reporter
Worship leaders Kari Jobe and Cody Carnes recently offered what they believe God is reestablishing in the homes of His followers during the quarantine.
“We really want to come away from this time being changed for the better. We honestly don’t want to go back to life as normal and in the way that it was because I hope that we come out of this time more alert, more aware of what we’re called to do on this earth, more aware of the goodness of God and really, that this time would ignite the presence of God in the home again,” said Carnes.
The husband and wife duo were among 50 other Christian leaders, musicians, speakers, and pastors who participated in a 10-hour live stream event called “Leader Check In,” hosted by PULSE and Year of the Bible founder Nick Hall, on Wednesday. During their segment, Jobe and Carnes talked about parenting during a quarantine and how they’ve experienced God strengthen their home.
“We’re making up games over here. We’re doing all kinds of crazy things just in our little space,” Carnes said of what he and Jobe have been doing with their two young sons.
Jobe added, “We’re just taking all the advice from all the parents out there too. I think more than anything, just knowing that this will pass. I want to look back and just realize I want to take every moment to just love my babies and the fruit of it, honestly, we’ve been having some really beautiful times.”
The “Forever” singer admitted that their 4-year-old was having some “behavioral” issues before the lockdown but since they’ve been home all together “he’s been doing incredible.”
“I think just spending that one on one time with them has been amazing. So just remember, there’s fruit, there’s good things that will come from us spending so much time with them,” Jobe continued.
Carnes highlighted, “I believe there’s a beautiful thing happening where we’re having to have a church in our home and I believe God wants to really reestablish the encounter with His presence in our home again. I pray that … we know that the presence of God is meant to fill up our home and then when we go back to these big gatherings, that that’s just meant to be an overflow of what’s happening in our home.”
Hall asked Carnes and Jobe for their thoughts on whether the global COVID-19 pandemic was God’s judgment or the sign of an upcoming revival.
Jobe replied, “I just have been so moved and just holding on to this lately for myself, that God says He is not shaken and that He’s unchangeable. We have to go back and look at His character and the things that He’s brought us through before and that’s the same God that is in this, with us right now.”
The worshiper declared that God can be trusted and His Word is what everyone must hold on to in these uncertain times.
“His word says to us that it cannot return void, that it must do what it has been set out to do. So the promises of God in there, that He goes before us, He’s with us, He goes behind us, He stands guard, that no plague can come near our dwelling, all these things,” Jobe continued. “Even if you have been facing sickness, you can still hold on to the truth of the Word of God that He’s a healer.”
The couple said unless people experience trials they do not really know God is all that He promised. The mom of two encouraged everyone and reminded them that God is who He says He is.
Carnes added, “I don’t believe this is the wrath of God, it might be the wrath of God towards evil things and things that are going on. But those of us that are covered by the blood of Jesus, God put all His wrath on Jesus and we’re covered.”
He reflected on the week of Passover and how he believes God is again covering and protecting from death as He did in the Old Testament.
“We’re praying over our family, over our house just pleading the blood of Jesus, this will just pass over us,” he said.
The “Nothing Else” musician said that although a deadly virus is out roaming the world, he and his wife believe that “God always does good things in the midst of something crazy. I believe this is no different.”
Carnes and Jobe have pre-recorded worship sets and made them available for free on their website for churches that may need some support during their livestreaming. They ended their segment with a performance of their new song, “The Blessing.”
Leader Check-In was a joint initiative of Pulse and Year of the Bible and happened in partnership with thousands of churches and organizations worldwide. All speakers volunteered their time to give a word from God to a hurting world.
• Source: https://www.christianpost.com/news/kari-jobe-cody-carnes-dont-go-back-to-normal-god-is-reestablishing-his-presence-in-our-homes.html?uid=*|UNIQID|* 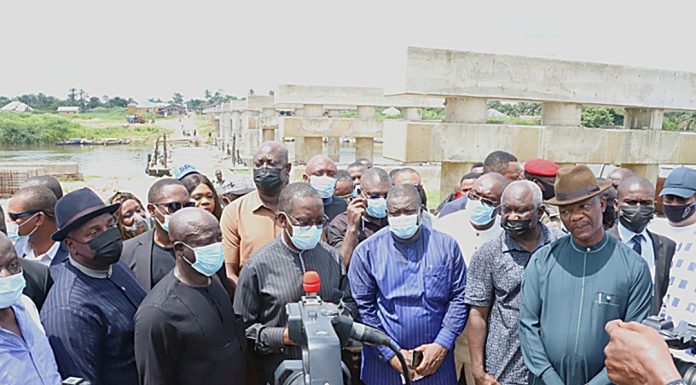