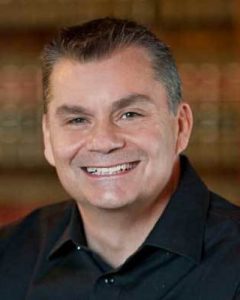 By Robin Schumacher, Voices Contributor
Despite the best effort of critics to challenge the authorship and re-date the Old Testament book of Daniel to something written after the events that were prophesied in the book, the conclusion of one of the most careful and educated theologians I’ve ever known – Dr. Thomas Howe – says in his 700+ page commentary on Daniel: “There has not been an argument that has offered a reasonable alternative to the traditional view that Daniel, of the 6th century BC, is the author of this book.”[1]

It’s no wonder that skeptics want to challenge the book of Daniel. Its astonishingly accurate prophesies about the rise of various empires and political leaders such as Alexander the Great and Antiochus Epiphanes are enough to give a heart attack to anyone who attempts to rest comfortably in their anti-supernatural worldview. If there is a book in the Bible that more than stands up to the poorly thought out atheistic challenge of, ‘Extraordinary claims require extraordinary evidence’, it’s Daniel.

In my opinion, the most noteworthy section of Daniel is a set of four verses in chapter nine. The prophecy Daniel received at that point summed up the most important headlining events for the world that were yet to come. At the time, the predictions were hundreds of years in the future.

Today, we can look back and see how the first three were precisely fulfilled down to the letter, which leads to the reasonable conclusion that the last verse will be as well. Let’s take a quick jet tour through these four verses that sum up the world’s future from God’s perspective.

The First Verse
“Seventy ‘sevens’ are decreed for your people and your holy city to finish transgression, to put an end to sin, to atone for wickedness, to bring in everlasting righteousness, to seal up vision and prophecy and to anoint the most holy” (Daniel 9:24).
The first verse lays out the general landscape of the prophecy and timetable. There are three things to notice in this verse.

First, the timetable is “Seventy sevens” or 490 years. While some translations use “weeks” as the word for “sevens”, the literal Hebrew word is ‘sevens’[2], and nearly all Biblical commentators – whether conservative or liberal – agree that 490 years is the amount of time being discussed.

Second, the prophecy specifically targets the Jewish people and their city, Jerusalem (“for your people and your holy city”). However, don’t misunderstand – these predictions also greatly impact the entire human race.

Third, there are six things that will be accomplished in this 490-year timeframe, three of which are bad in character and the other three good:

Bad
-to finish transgression
-to put an end to sin
-to atone for wickedness
Good
-to bring in everlasting righteousness
-to seal up vision and prophecy
-anoint the most holy
The next three verses offer more detail about what is to come.

The Second Verse
“Know and understand this: From the issuing of the decree to restore and rebuild Jerusalem until the Anointed One, the ruler, comes, there will be seven ‘sevens,’ and sixty-two ‘sevens.’ It will be rebuilt with streets and a trench, but in times of trouble” (Daniel 9:25).

The second verse provides insight into what starts the 490-year clock ticking and breaks that same 490-year period up into distinct segments of time. The initiation of everything begins with “the issuing of the decree to restore and rebuild Jerusalem”.

While historians cite four decrees made by various rulers in reference to the Jews / Jerusalem, only one fits with the verse’s description to totally rebuild the city and its accompanying infrastructure – the one made by Artaxerxes Longimanus on March 5, 444 BC, and described by Nehemiah (Neh. 2:1-8).

There are two divisions of timing referenced in the verse: seven ‘sevens’ and sixty-two ‘sevens’ that equate to 49 and 434 years, and total 483 years. The first 49 years may very well reference the total time to restore Jerusalem while the subsequent 434 years run up “until the Anointed One, the ruler, comes”.

Who is the “Anointed One”? In his commentary on Daniel, Dwight Pentecost does the math between the issuing of Artaxerxes’ decree and the ending of the total 483 years and convincingly shows that the end point is March AD 33.[3]

Not coincidentally, at that time a Jewish carpenter named Jesus was entering Jerusalem on a donkey and allowing Himself to be publicly proclaimed for the first time as the Messiah (Zech. 9:9; Mark 11).

The Third Verse
“After the sixty-two ‘sevens,’ the Anointed One will be cut off and will have nothing. The people of the ruler who will come will destroy the city and the sanctuary. The end will come like a flood: War will continue until the end, and desolations have been decreed” (Daniel 9:26).

The third verse states that at the end of 483 years, the Anointed One will be “cut off and have nothing”. This is exactly what happened to Jesus: He was crucified and received nothing where His kingdom on earth was concerned; His ministry seemed (wrongly) to have been in vain.

Jesus Himself ratified Daniel’s next prediction (Matt. 24:2, Luke 21:24), which was that a people of a future ruler would come and destroy Jerusalem and the temple. No historian refutes that this is exactly what happened in AD 70 when the Romans, led by Titus, devastated Jerusalem and literally flattened the Jewish temple.

All of these things were in the future when Daniel was given the prophecy. We have the privilege today of looking back and seeing God’s predictions play out in perfect detail, which gives us confidence that the fourth and final verse given to Daniel will literally happen just as the other three.

The Fourth Verse
“He will confirm a covenant with many for one ‘seven.’ In the middle of the ‘seven’ he will put an end to sacrifice and offering. And on a wing of the temple he will set up an abomination that causes desolation, until the end that is decreed is poured out on him” (Daniel 9:27).

The fourth verse supplies a window into the final ‘seven’ of Daniel’s timetable. The “he” referred to at the start of the verse does not refer to the Anointed One in the prior verse, but instead references the “ruler who will come” in verse 26. This future ruler will do three things: (1) make a covenant with Israel for seven years; (2) stop Jewish religious practices after 3.5 years; (3) do something blasphemous that will be an ‘abomination’ in the eyes of God that causes some kind of major destruction that ultimately results in his demise.

History reveals that these things did not occur after Jesus’ death in Jerusalem in AD 33 or during the destruction of Jerusalem in AD 70. Further, the finishing of the six infinitives described in verse 24 did not take place either. Did Daniel’s prophecy fall flat at verse 27 after the precise fulfillment of the prior three verses?

Not at all. Jesus Himself said that after its destruction, “Jerusalem will be trampled on by the Gentiles until the times of the Gentiles are fulfilled” (Luke 21:24). Howe says, “Since the seventy sevens is decreed upon Israel and Jerusalem, and since the present age is focused upon the Gentiles, it stands to reason that a gap would be introduced between the end of the sixty-ninth and the beginning of the seventieth seven.”[4]

The last ‘seven’ of Daniel’s prophecy is reserved for our future and involves a coming world leader who will make a pact with Israel (something that likely starts the ‘seven’) that he will break about halfway into it. Scripture says he will end Jewish worship by entering the temple of God and will display Himself as being God (2 Thess. 2:4; see also Jesus’ reference as to this being a future event spoken by Daniel in Matt. 24:15).

At that point, the true Creator responds to this future ruler’s challenge and brings about the cataclysmic judgments found in Matthew 24 and the book of Revelation.

Conclusions
What should we take away from these four verses in Daniel? In my opinion, I see three applications.
First, these verses confirm that the Bible is a supernatural book. No amount of forward-dating or other skeptical argumentative gymnastics can obscure the clarity of Daniel’s predictions in this particular set of verses or the book in total.

This leads to the second point – they verify a sovereign God’s hand in our world and lives. A purposeful God has decreed that these things will take place, and nothing can stop them from happening. As God says in Isaiah, “I am God, and there is no other; I am God, and there is no one like Me, declaring the end from the beginning, and from ancient times things which have not been done, saying, ‘My purpose will be established, and I will accomplish all My good pleasure” (Isaiah 46:9–10).

The third and final point is knowing that a future dictator and judgment is coming, we should be living right before God as Peter says: “Since all these things are to be destroyed in this way, what sort of people ought you to be in holy conduct and godliness” (2 Peter 3:11).

* Robin Schumacher is a software executive and Christian apologist who has written many apologetic articles, appeared on nationally syndicated radio programs, and presented at various apologetic events. He holds a Master’s in Christian apologetics and a Ph.D. in New Testament.