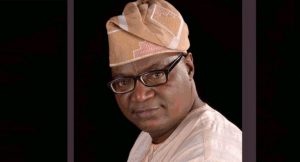 The Minority Caucus of the House of Representatives has commiserated with the Governor of Oyo state, Governor Seyi Makinde, over the sudden death of his bosom friend and the State Commissioner for Environment and Natural Resources, Hon. Kehinde Ayoola.

The lawmakers, in a statement signed by the Minority Leader of the House of Representatives, Hon. Ndudi Elumelu, said their hearts and thoughts have been with Governor Makinde over the loss of his trusted ally, who played critical roles in his emergence as governor as well as the smooth running of his administration.

“Indeed, our caucus feels your pain and identifies with you at this moment of sorrow. We all know the grief of losing a trusted friend, close associate and confidant, especially one that had remained a pillar of support to the very end, like Hon. Ayoola.

“As a family, the minority caucus mourns with you and pray God to console you and the members of your cabinet as well as the people of Oyo state over this huge loss”, Elumelu stated.

The lawmakers urged Governor Makinde not to allow the situation to weigh him down in his exceptional commitment towards the development of his state; a vision, which Hon. Ayoola shared with him and remained dedicated to until his death.

The Minority Caucus condoled with Governor Makinde, the Government and People of Oyo state as well as the Ayoola family and prayed God to give them the strength to bear this irreparable loss.