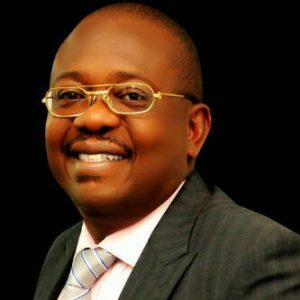 The Delta State Chapter of the Peoples Democratic Party, PDP, has successfully sworn-in the newly elected ward and local government executives of the party in the 25 local government areas of the State.

A press release by Delta State PDP Publicity Secretary, Dr. Ifeanyi Osuoza, disclosed that the brief and precise inauguration ceremony was conducted in strict compliance with the State government’s directives and mandated health guidelines, put in place to address the Covid-19 pandemic in the State.

Dr. Osuoza said: “Delta State PDP is pleased to announce that the swearing-in ceremony of our 25 newly elected Local Government Areas party Chairmen, their executives as well as all the Ward executives, was successfully conducted on Tuesday, 5th May, 2020, at the State Party Secretariat in Asaba, the Delta State capital.

“The brief but precise ceremony, which was low key, was done in full compliance with the laid down directives of not more than 50 persons in attendance. All those involved also wore the compulsory face masks, kept the stipulated social distancing limits, and washed their hands with soap and running water, before and after the ceremony. Hand sanitizers were also provided to ensure that all the instructions were followed to the letter.

The Local Government Areas, whose Chairmen took the oath of office on behalf of their wards and LG executives, following their election victories during the Wards and Local Government Congresses of March, 2020, are as follows:

Osuoza continued: “Our Party leader in the State, His Excellency, Senator, Dr. Ifeanyi Okowa, as well as zonal officials of the party, not only ensured that the ceremony was conducted in full compliance with all the COVID-19 containment directives but also congratulated the newly inaugurated Chairmen and enjoined them to sustain and further consolidate the gains of the Party which their predecessors had maintained during their tenure.

“Delta State PDP ably led by Olorogun, Barr. Kingsley Esiso, on behalf of His Excellency and our leader, Senator, Dr. Ifeanyi Okowa, the Ekwueme of the universe, wishes to express our profound gratitude to all outgoing Local Government Chairmen and Executives for their loyal and committed service to the Party and to Deltans in the course of their stewardship and to also congratulate the newly elected PDP LGA Chairmen and their Executives across the State.

“We hereby charge them to realize that their tenure would most certainly dovetail into the next general elections and while wishing them a successful tenure ahead, urged them to embrace the fact that the hard work of securing PDP’s position as the number one political Party in the State and most preferred Party of choice for Deltans, begins immediately.”

My ordeal in the hands of Nigeria Police, Asaba