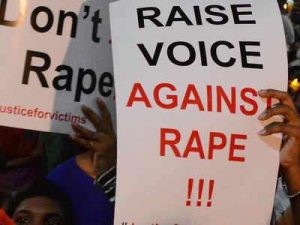 She begins to call you father when her father tells her that where you are, good counsel can’t be farther,
She trusts in the wisdom of her mother, becoming more comfy in the presence of this brother of her mother,
And then from his funny look at her growing breasts to his playful tap on her forming backside, she begins to sense his hands exploring her parts deeper.
How does she tell her mother that this brother disvirgined her,
Who does she tell her tales of sadness every night, as her little 14 year old self is forced to satisfy the fetish of this brother of her mother?
Yet she is broken and batterred, was never even given the chance to have her choice for a sexual partner,
She breaks and bends with uncontrollable yet conflicting emotions, the nightmare night after night, rejecting sleep, and her world sinking into the darkness, deeper and deeper.

*2*
She’s a girl, a human who is prone to certain realities peculiar to the society she finds herself in and has to make something of;
And even when late night movements are discouraged, things beyond her control, like a poor transportation system still affects her and as much as she tries, how much danger can she really ward off;
And so she walks silently on the path leading to her house but meets a reality where her privacy and belongings are stripped off.

So many bear tales of this woe, tales that recreate sadness and multiply grief,
A function of which she had no chance to rescue herself from a dastardly act so brief,
Yet she is made to believe that her violation was a because the skirt was too tight, short or transparent, and her dress was without a bra, so they tell her she brought it up on herself.
She may be a wife tomorrow, a mother who will bring a daughter into this world and nurture her until she can create hers,

And as she brings a son to her husband, she fears that she brings another persona with the potential to reenact her violation on the world of unsuspecting sisters;
The failures of our fathers to teach their sons about the delicate nature of women, is incubating a generation of dysfunctional homes, even right now it tethers on this very boarders.
That is why we must not replay the mistakes of our fathers, so that our daughters don’t become easy prey to monsters,

Learning from the story of their mothers, we must teach braveness and make our daughters strong enough to give them a fighting chance against randy bastards

*3*
A lot were told that her no wasn’t a No,
And this is why many never let go of their hold
On the assumption that a little more persistence would ultimately bring her home
To the assumed pleasure to be enjoyed by both.

More often the inclination of her weakness has seeped into the consciousness of the brethren,
Making the thought of her willpower appear puerile, like the indecision of Children,
So when she says stop it please, he sometimes wonders – what are you doing here then?
He let’s go of his esteem and glory as he fixes his gaze on her laps and smiles at his sexual reaction.

Hard as a rock and racing like a stallion, he chooses to see things from his down below region,
Trusting his ability to turn her sad and tearful pleadings to gasps of ecstacy from passion.
Often times poor parental upbringing gifts the young stud with rabid immaturity,
Add this to a father’s refusal to come to terms with the delicate issue of SEX because of a hypocritical piety,

So the topic is never discussed except for a warning – never come home with a pregnancy;
Leaving the streets run over by an army with raging hormonal tendency.
Different strokes for different folks and in her every move he sees what tickles his fancy,
Some will say it was Her Caramel Skin, perfect curves, fat and florishing body or just the untold story of her beauty,
Yet these can’t tame his urge nor stop him from ruining this beauty,
A helpmeet, leaving God’s perfect creation feeling dirty.

*4*
She fancied how he approached her, the flow of words released by bright pink lips as she stared into his face.
He was good at conversations with just about the right amount of humor, and seemed a perfect gentleman, his face glowed as it was hit by the suns rays,
She figured nothing was wrong with giving him a chance as butterflies began doing their rounds, with ecstacy welling up from within her bases;

Feeling comfortable him, she visit her new friend after all he says he adores her, she never expects the affection to lead to lifetime feeling of pain disgrace.
And so here we are, twisted and fractured, nevertheless life must be lived and time must take its effect,

She wants to heal, but stigmatization limits her options of coming out, this problem can’t be shared, so she reaches into her soul and shuts that closet,
Incubating a sadness that could snowball into bitterness, at the same time standing up to life and wearing a smile to veil the regret.

*5*
Rape Is A Killer, it brings a darkness that consumes growth and leaves a deep feeling of distrust against the male folk,
And so brethren, rise up not only in condemnation, but in preventing and exposing the violation of the female folk,
They are not so different and in some respects possess attributes of the male folk,
For we know that a widespread conscious advocacy structured from the unit of society would go a long way in breaking Rape’s Yoke.
So sound the alarms, ring the bells, blast the sirens and beat the gong,
For my message is one,
Rape is Wrong..