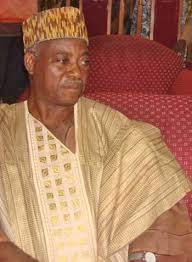 He lauded Obaseki’s ingenuity and untiring spirit which he had brought to bear in stimulating the industrialization of his state, and making life easier for the people through investments, including the Azura-Edo Independent Power Project (IPP), a 450MW Open Cycle Gas Turbine power station.

Okowa eulogised the Edo State chief executive for his patriotic and unrelenting service to his state and the nation, and prayed to God to grant him long life, good health and wisdom as he continued to serve Edo people and Nigeria.

He said: “It is heart-warming to note that you have through dint of hard work, discipline and vision to industrialise Edo, won the admiration and respect of your people and the nation at large.

“Your focus and commitment to reforms in governance and your ability to attract investors into your state are remarkable and worthy of commendation.

“No doubt, the people of Edo will in September, reciprocate your giant strides in the last four years by returning you and your amiable deputy for another term in office to guarantee a brighter future ahead of them.

“On behalf of my family, the government and people of Delta, I heartily rejoice with my brother governor, a reputable politician, outstanding professional, seasoned administrator, Mr Godwin Nogheghase Obaseki, on his 63rd birth anniversary.

“It is our prayer that God will continue to protect you and grant you good health to render more services to mankind.”

Congratulating the former Military Governor of the defunct South Eastern State, Maj.-Gen. Paul Omu (rtd), who clocks 80 on July 1, 2020, the governor underscored the significance of the many years of the celebrant’s service to the nation.

He noted that Omu’s military career saw him through sensitive and strategic leadership positions as Military Governor of South Eastern State (1975-1978), Commandant, Command and Staff College, Jaji and member of the Armed Forces Ruling Council.

“Gen. Omu served the nation meritoriously with his wealth of knowledge, wisdom and experience. Flowing from these, I urge him to remain relevant by counseling governments on security and mentoring young security personnel.

“Our state, Delta, particularly needs his experience at this critical period that the government and people are contending with security issues,’’ he said.

Okowa felicitated with family members, friends, the people of Igbide and Isoko nation on the occasion of the birth anniversary of the former Commandant at Jaji.

“On behalf of my family, the government and people of Delta, I congratulate our father and leader, Major General Paul Ufuoma Omu (OFR) (rtd), on this momentous occasion of his 80th birth anniversary.

“As you join the club of octogenarians, it is my prayer that the Almighty God would grant you longer life, good health and continue to bless your family,” he stated. 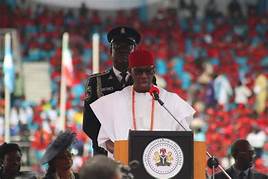 PDP congratulates Deltans on Gov Okowa’s 6th anniversary, says ‘we ’re on course to achieve a Stronger Delta’